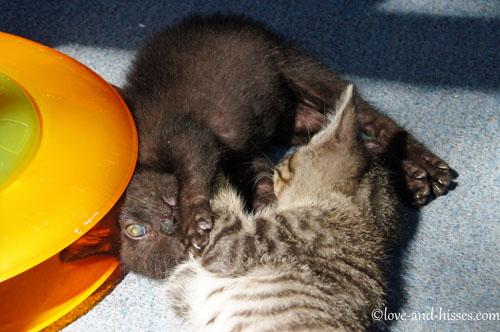 Did I mention that The Terrible Pickle and Joe are always fighting? 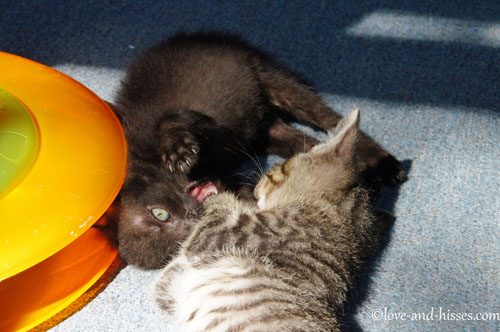 The Terrible Pickle shows off his teeth and claws. 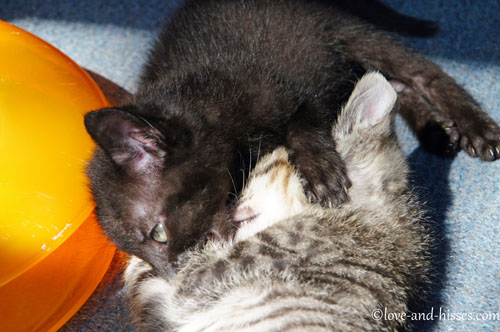 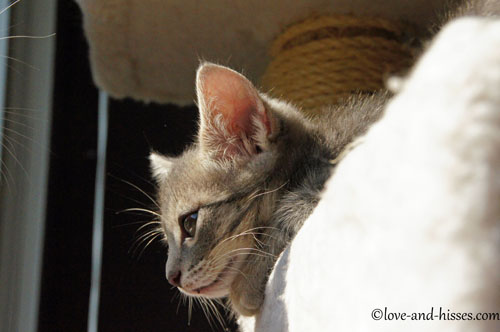 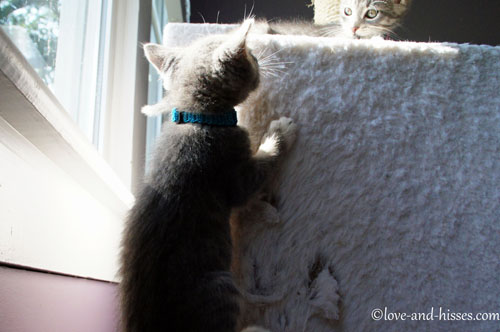 Percy climbing up the cat tree to see what’s going on. 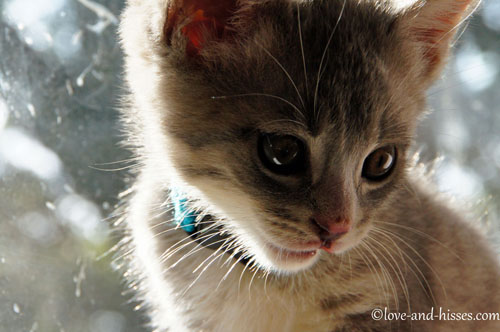 Percy in the sun. 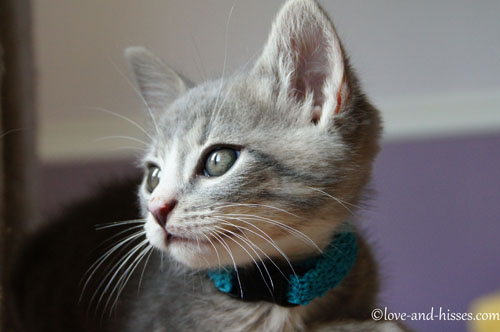 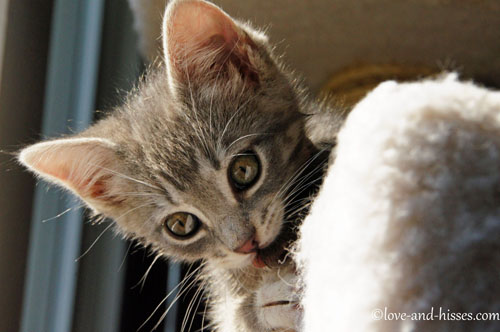 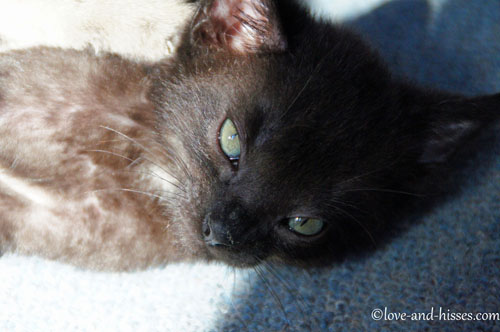 One thing you might not know about The Terrible Pickle: he’s a snuggly little lovebug. (And then the next, he’s a bitey little brat. He’s well-rounded, you might say, and I don’t mean his belly.) 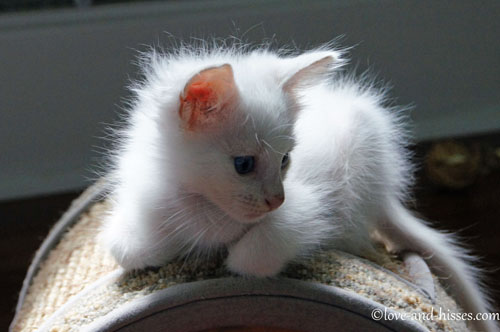 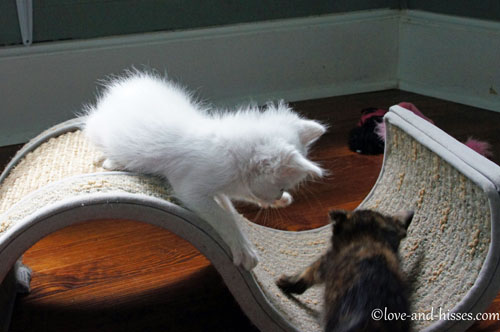 “Hey! MY scratcher! You get away!” 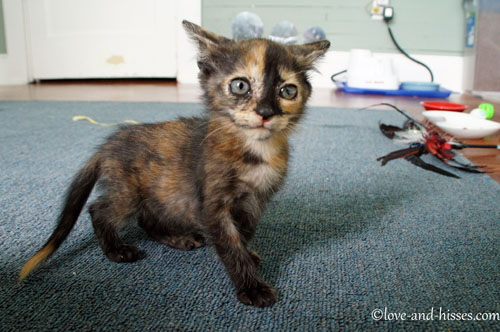 Purslane, disturbed. “Can’t we all just get along?!” 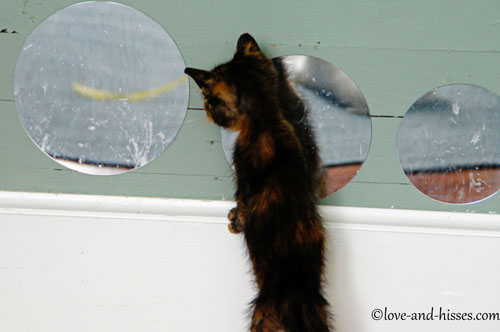 Don’t judge those smudged mirrors. I clean them regularly, but the KITTENS with their NOSES and PAWS keep messing them up! 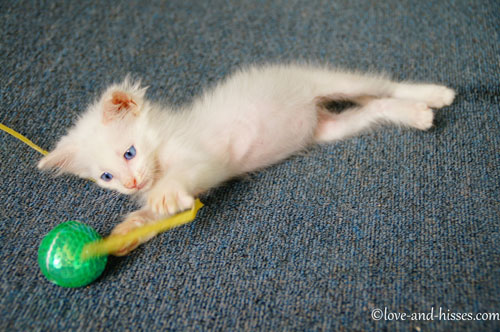 Dandelion and her pink belly. 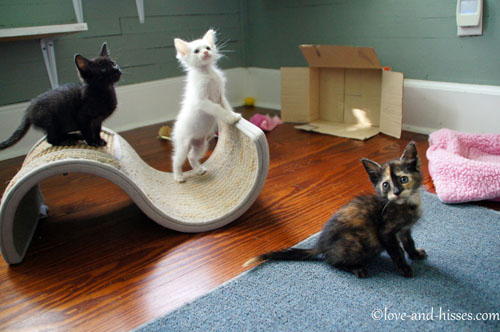 I know that in this picture, it looks like Purslane is much bigger than her sisters, but it’s just the angle. She’s the smallest Weed, by a couple of ounces. 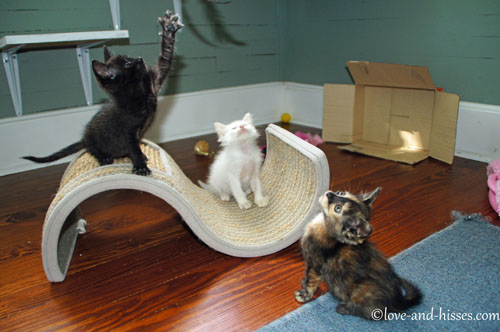 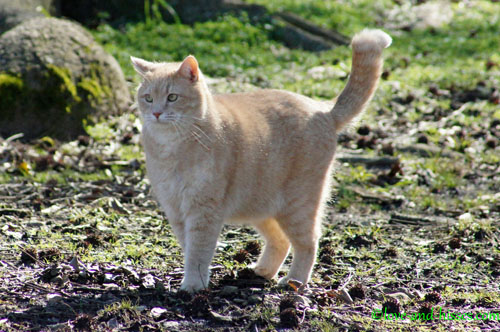 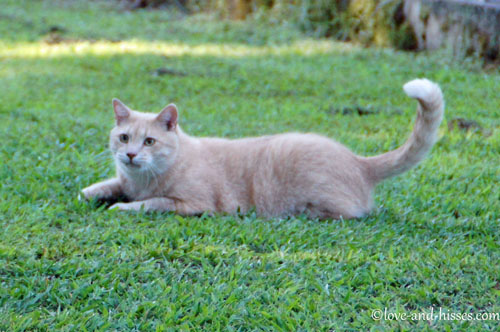 Newt, although technically one of our “outside” cats, has decided that IN the house is where he wants to be. He probably spends 75% of his time snoozing in weird, out-of-the-way places in the house, 10% rushing to get in front of me when I’m walking through the house*, and the rest outside climbing over the back yard fence (both to get out of the back yard and into the back yard).

*He tends to rush to get in front of me when I’m walking near the door, so the first 3,000 times I thought “Hey, he probably wants out.” So I’d open the door, he’d look at me like “I’m not going out THERE. Are you CRAZY?” and then walk away. He just has a need to be in front of me, wherever I’m going. Not sure what his intentions are, but whatever works for him, I guess. Goofball.