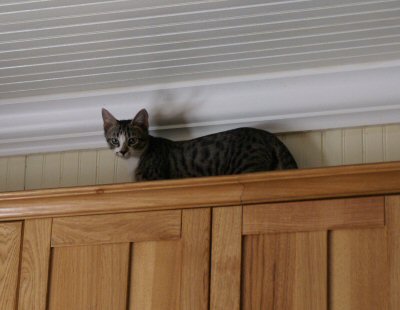 Bolitar is an explorer. If there’s a place to be, he’s been there. It took him a little while to figure out how the big cats were getting on top of the kitchen cabinets, but once he figured it out, he was up there checking things out.

He doesn’t want to miss anything, y’know.

They must not be adventurers. 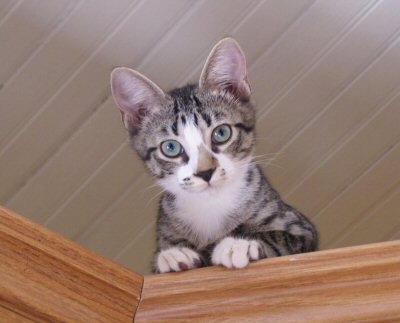 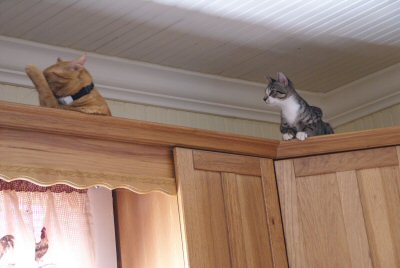 Trying to figure out how to get past Sugarbutt, so he can do more exploring. (He finally tried just walking past Sugarbutt, who has been known to smack kittens who get up in his space. It worked!)