By the time you read this, I will have hit the road for my vacation. I’ll be gone until the end of the month, and since I don’t want y’all to go without something to look at every day, I’ve pre written and scheduled posts for the time that I’m gone. By the time we work our way through all the Fools, I’ll be home again!

I may or may not be posting on Instagram while I’m gone (which automatically posts to the Love & Hisses Facebook page). No promises, though – I’m on vacation, after all!

In case you missed it on Facebook last night: Not ONLY was she adopted, she was adopted by the people who adopted Rickles. I hope we get an update on how they’re doing!

This leaves Louis and Lucy as the remaining Fools who haven’t yet been adopted. Someone was interested in Louis, but didn’t show up last night. The weather was nasty – strong thunderstorms – so maybe they’ll show up during adoption hours on Thursday. Fingers crossed! 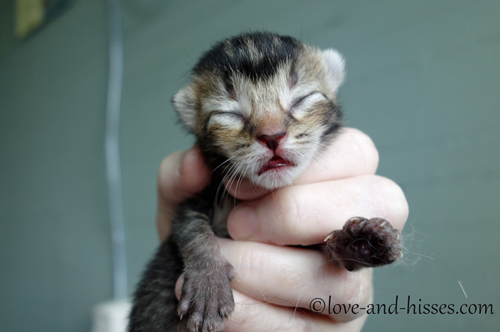 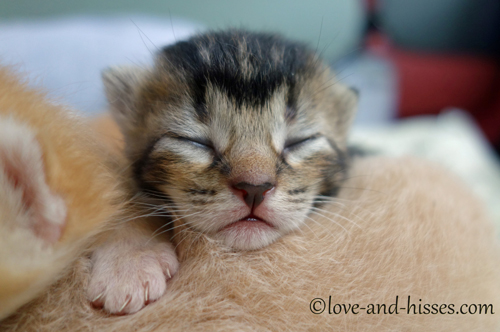 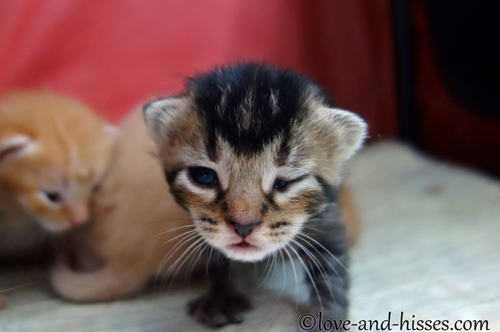 He haz an eyeball. 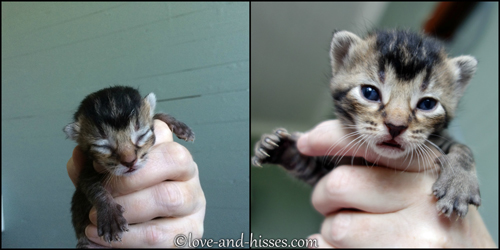 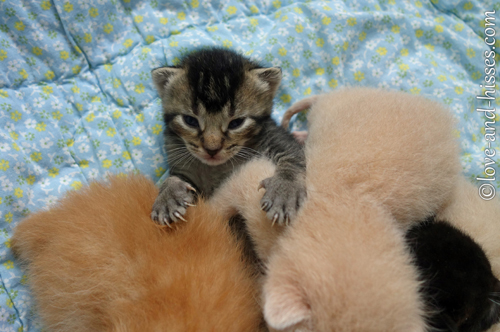 Under a kitten blanket. 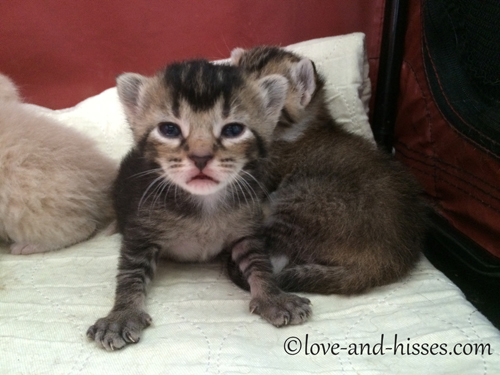 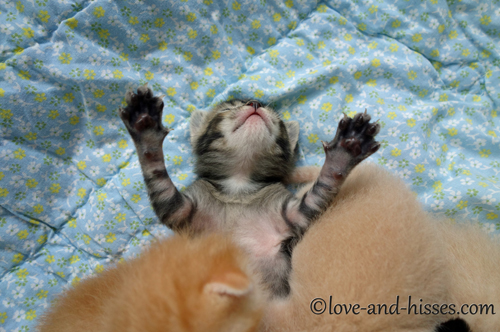 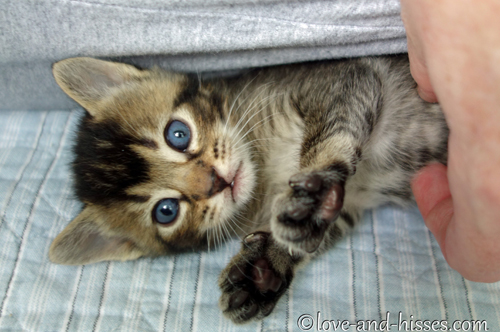 Air kneading whilst getting a belly rub. 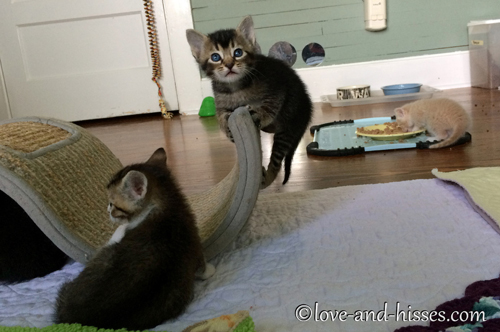 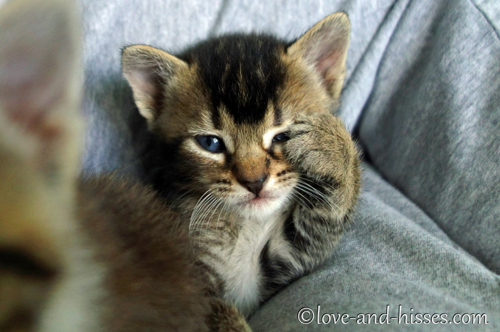 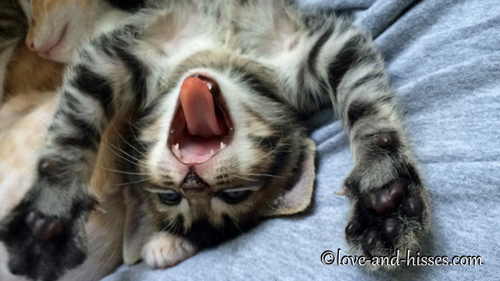 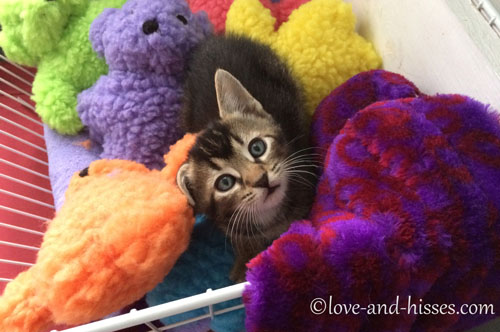 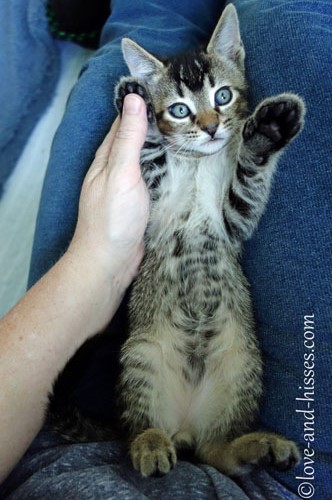 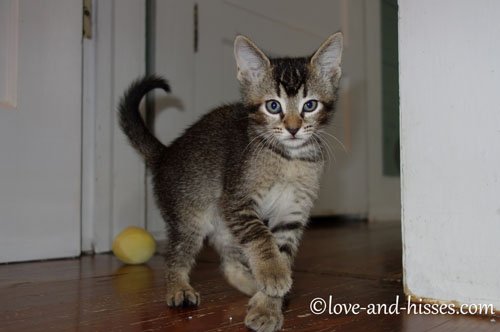 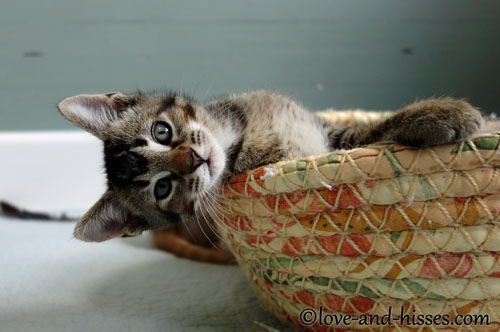 Belushi in a basket. 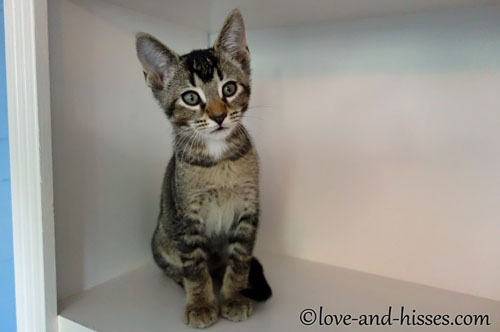 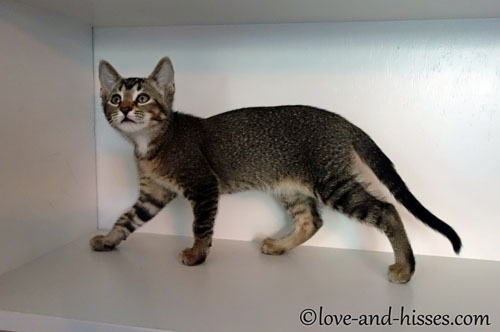 Such a pretty ticked coat. 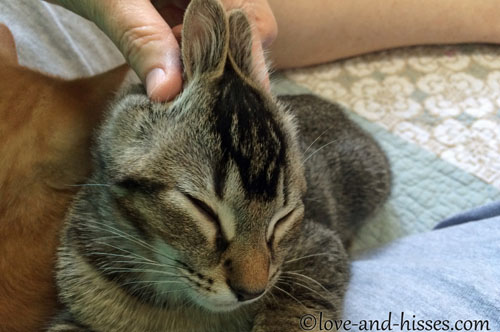 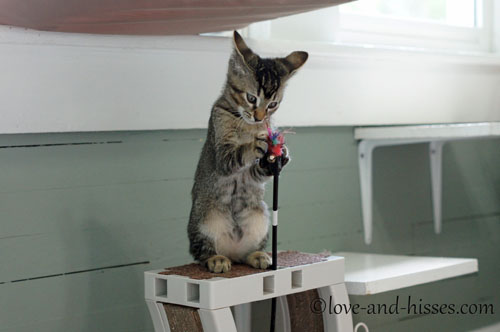 The mad genius gazes into his feather teaser. 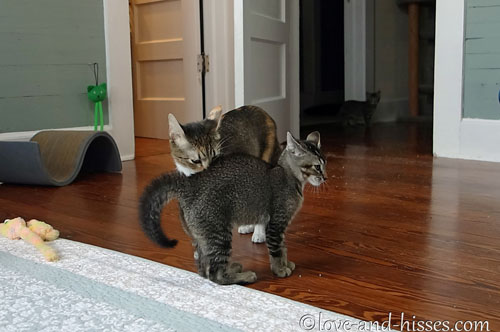 Wearing his floof suit and being soothed by Mama. 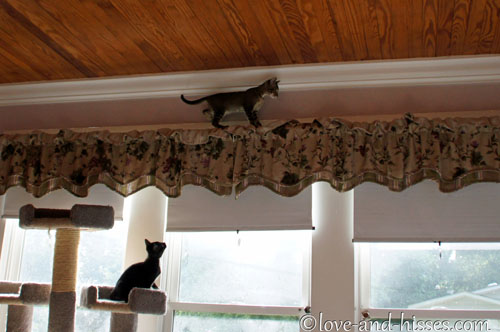 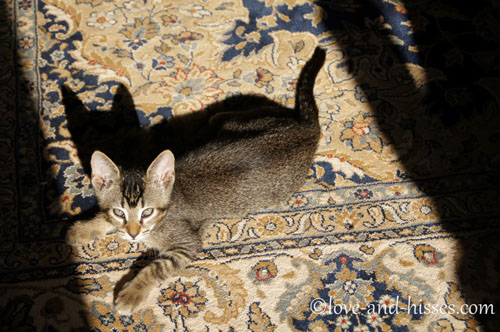 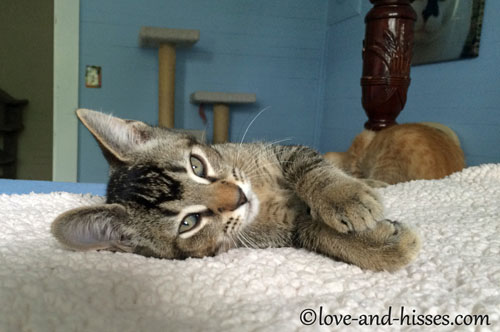 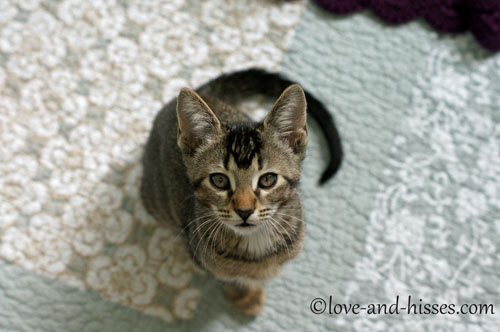 Sleepy Baby has a complaint:

Belushi’s finer moments (the bouncing at the beginning cracks me UP) : Alice Mo has such strikingly gorgeous eyes, doesn’t she?