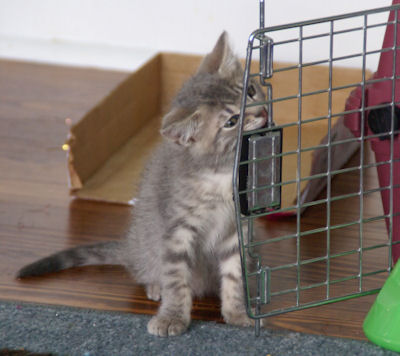 Sheila drives me crazy and makes me laugh because she is SUCH a little wild thing. I eat at my desk, and she’s always all up in my face, “Whatcha got, huh, can I have some, well, I’ll just TAKE some, you don’t mind do you, I knew you wouldn’t NOM NOM NOM.” I spray the compressed air at her, and she goes flat and her ears go out to either side, but the instant I put the air down she’s all back up in my face again. Yesterday she peered around the can of compressed air at my plate of food, and I almost choked on my lunch because she was so cute. Such a little character, she is. 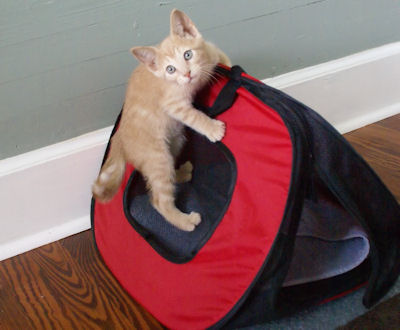 “Uhmmmm. Hanging off the carrier. Why? What are YOU doing?” 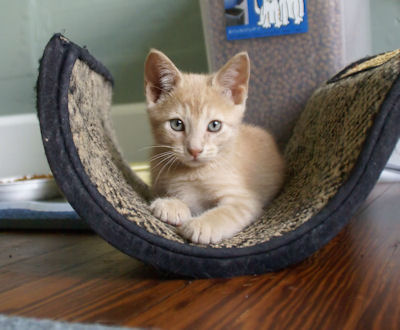 I can’t get over what a gorgeous little guy Lieu is. 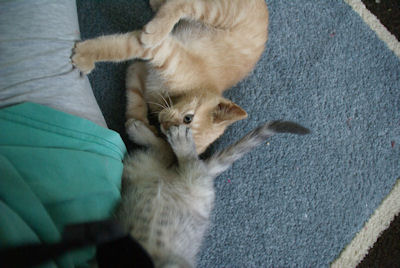 Lieu, getting an eyeful of Sheila. 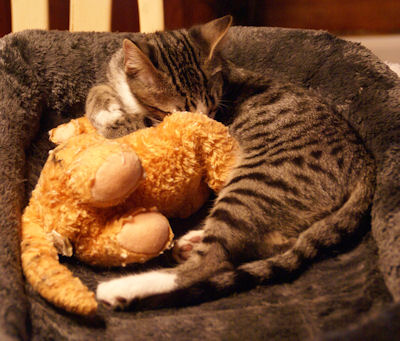 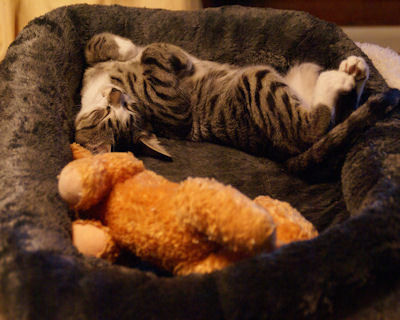 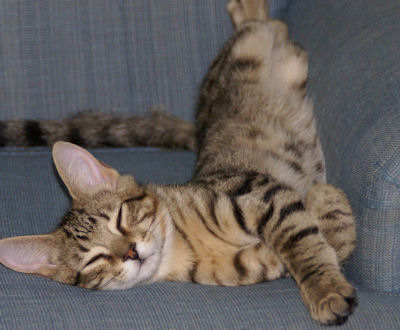 Corbett (AKA “Bad Boy”, even though he really isn’t) 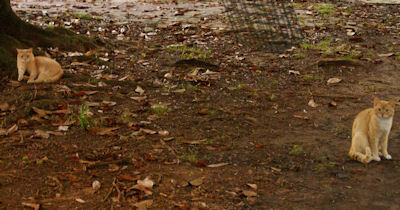 Newt on the left, Coltrane on the right.