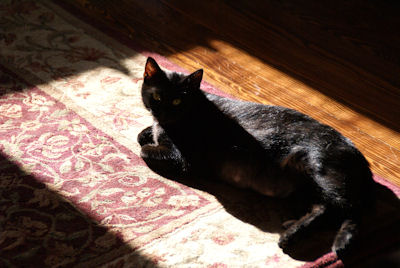 Maura is really coming out of her shell since we’ve allowed her the run of the house. She actually has her favorite spots in the house – in the picture above, she’s laying in the sun in the kitchen. She also likes to hang out on my desk, sometimes she lays by the back door, and in the afternoons she can be found laying in the cat bed on the chair next to my bed. She has her playful moments, and she’s starting to be more interested in the kittens than annoyed by them, especially when the kittens are playing with each other.

Yesterday, she was laying in the kitchen and Rhyme and Bolitar were play-fighting. She reached out and smacked at Rhyme’s tail as it whipped by. He turned and hissed at her, and she just looked at him like “What’s YOUR problem, kid?”

She sure is a sweet girl. 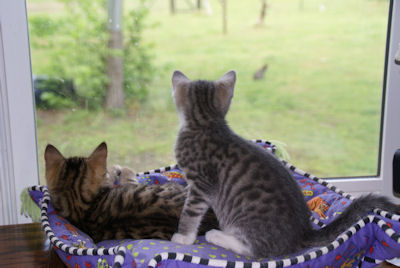 Corbett and Reacher, watching Kara in the back yard. 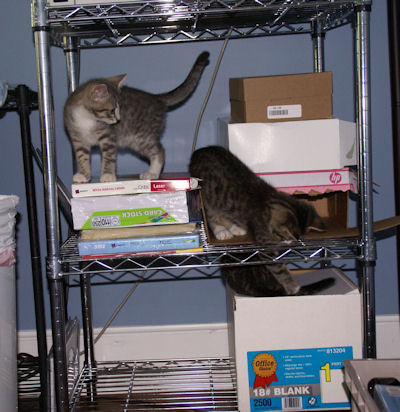 Fond of the office supplies, these kittens. 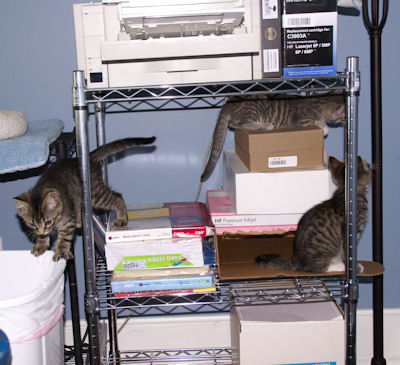 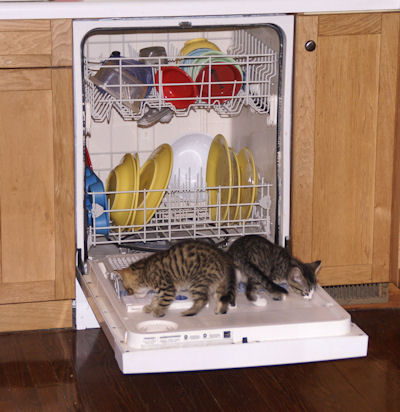 Better call the dishwasher repair guy. It appears we’ve got an infestation of kittens again. ::sigh:: WHERE do they come from?? 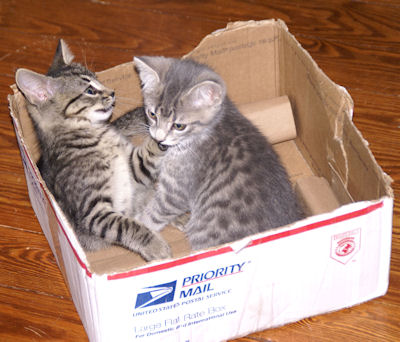 I love how Rhyme is all “I WILL KEELL YOU!” and Reacher’s like “What’s going on over there?” 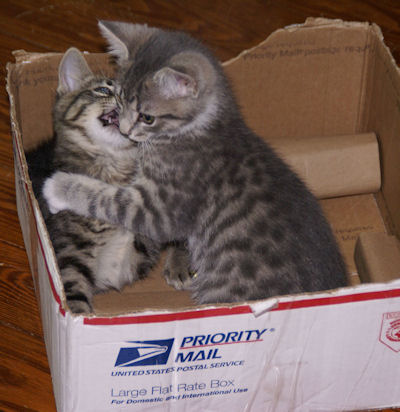 Rhyme: “I WILL BITE YOUR FACE OFF!”
Reacher: “Is it snack time yet, you think?” 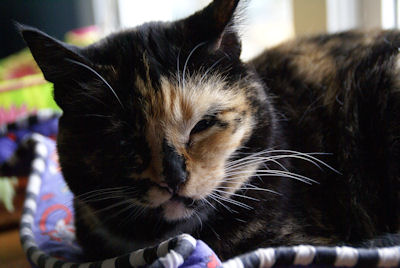