I don’t know why, but it continually amazes me just how much sleep these kittens require. They get up, run around like their butts are on fire for an hour when they’re first out of the room, and then the just CRASH. I try to never disturb a sleeping kitten, but boy – they are SO cute and fuzzy, it’s hard not to grab them up and snuggle them! 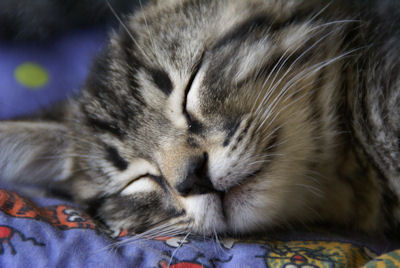 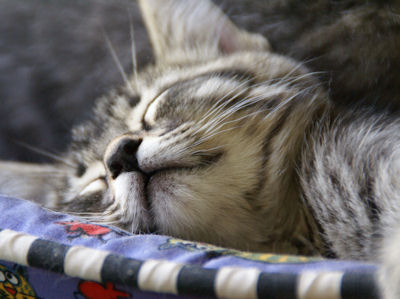 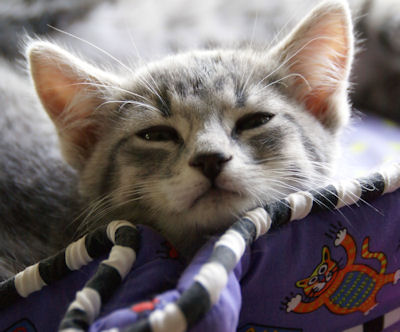 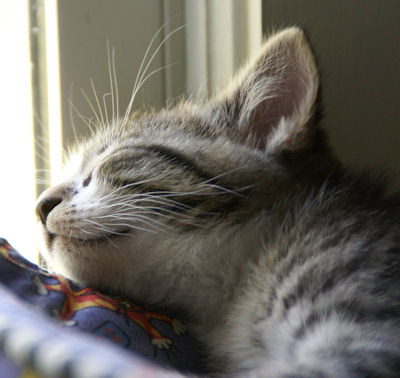 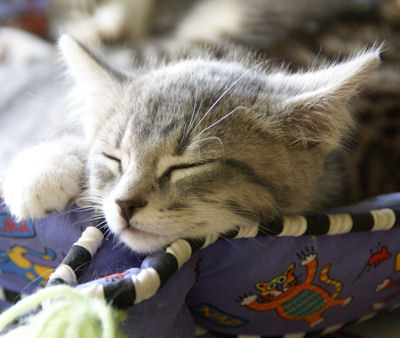 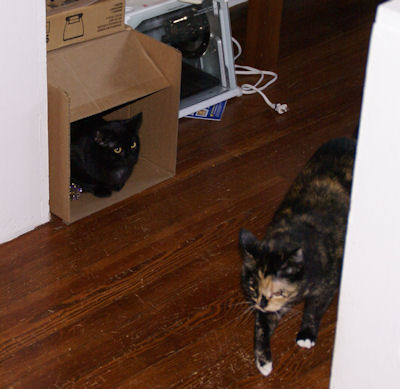 Maura, in the Maura Cave, while Miz Poo runs by as quickly as possible.

Maura’s been really enjoying having the run of the house. She spends some time in the Maura Cave, but she also has other favorite spots, too – on the mat by the back door, in the computer room smacking kittens (she has no use for kittens, apparently), on the chair by my bed. Really, she’s pretty sure she’s the queen of the castle, and none of the other cats are messing with her (except for Jake, who will go over and rub on her. She’s pretty tolerant of him, too.)

I know that cats “see” more by smell than eyesight, but our cats REALLY seem to think, when they glance her way, that she’s either Tommy or Maxi, and they don’t think anything of seeing her sitting there. There have been no smackdowns at all, and if anyone gets too close to Maura, she lets them know with a growl that if they’re looking for a fight she will BRING IT ON, but it’s probably been the most peaceful transition from foster room to general population that we’ve ever had! 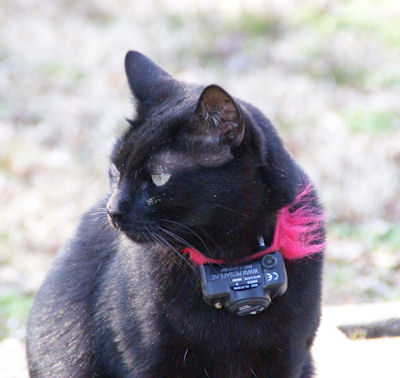 Tommy in the back yard. Check out that frayed collar. Tommy needs a new collar (or new band for his collar, anyway).