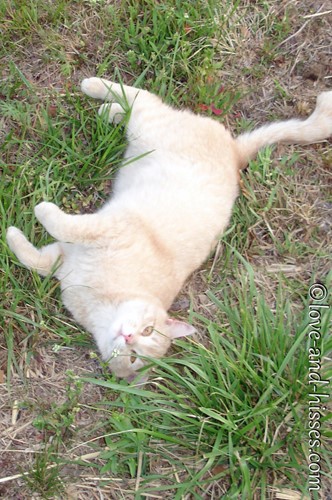 Things I should have done this weekend but did not: use the gas-powered trimmer to trim around the house, in the ditch, and around the various outbuildings. Mop the floors in the downstairs. Move the guest bed to the guest bedroom. Scrub the upstairs shower. Weed the front flower bed, put down black plastic (to thwart further weeds), put down red mulch, figure out what I want to use as edging around the front flower beds. Been any kind of help while Fred sprayed weed killer in the ditch and poison ivy killer around the poison ivy (weed killer and poison ivy killer might have been the same stuff, I’m not sure). 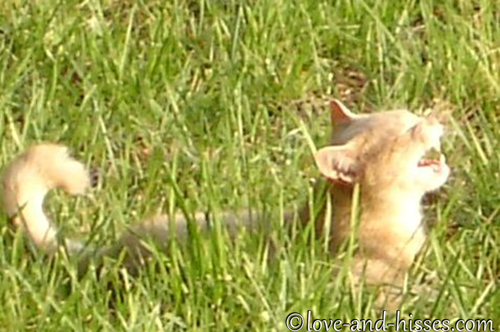 Things I did do this weekend: Used the push mower to mow the areas of the lawn that cannot be mowed with the riding mower. Used the riding mower to mow the rest of the lawn. Deliberately drove the riding lawnmover around the edge of the chicken yard so I could guffaw at the flock o’ chickens running to get away from me (yes, cruel. But funny!). Made chocolate chip zucchini bread (which I found lacking. Got a good recipe? Gimme.) Vacuumed the entire house, twice (once Saturday, once Sunday). Straightened the kitchen and put a bunch of dishes away. Brushed Spot, twice (that is one shedding, hairy dude). Took recyclables to the recycling place.* Took several walks around the back forty with Fred. Did a lot of Snood playing. Checked on Fred’s stoop-building progress (progressing nicely, for the record). Planted two hanging planters full of Million Bells Petunias and two big planters full of the same, then spent the weekend trying to decide what else I want to plant to put on the porch (suggestions welcome – something easy to take care of, will thrive in part shade and is purty). Swept the porch. Pruned one of the winter honeysuckle bushes. Considered pruning the spirea bush, but gave up because it’ll be a big undertaking – that spirea bush is seriously overgrown.

I consider it a weekend well spent.

*We don’t have curbside recycling here, but there’s a recycling place in the next town, and you can recycle a lot more stuff there than we were ever able to in Madison (ie, glass and junk mail). Very cool. 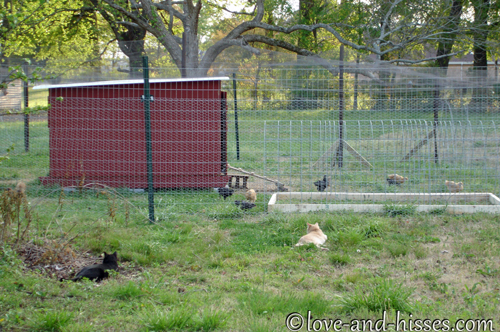 When we walk around the back forty, Maxi or Newt (and sometimes both) like to accompany us. Yesterday, we were at the very back part of the property, when we heard Newt meowing, some rustling noises, and then he came bounding out of the undergrowth at the edge of the property. He proceeded to follow us, meowing his whiny little meow the entire time, so I made a little movie of him.

YouTube link
His whiny little meow cracks me up. I sure do love that cat. 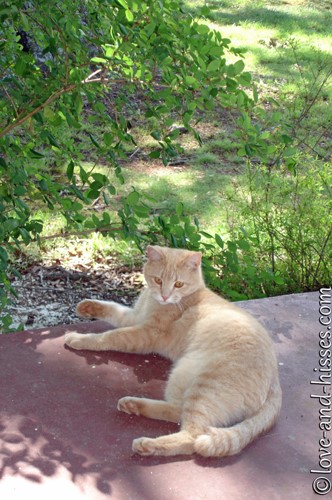 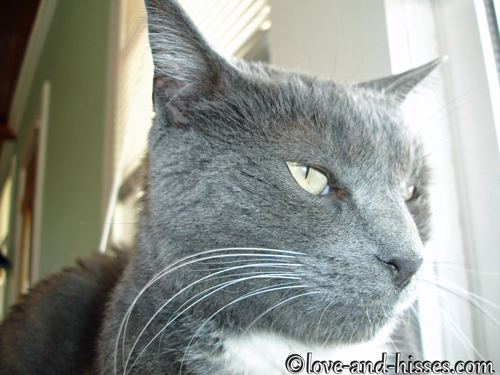 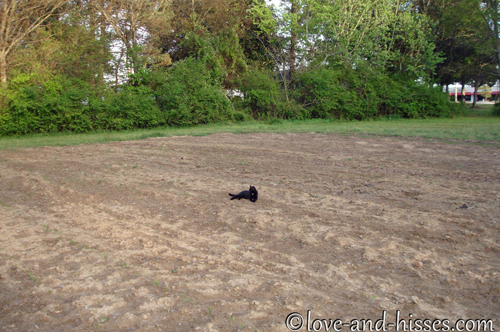 Miss Maxi makes herself at home in the garden.