I posted an entry on Saturday, in case you missed it. Lots of pictures and THREE videos. 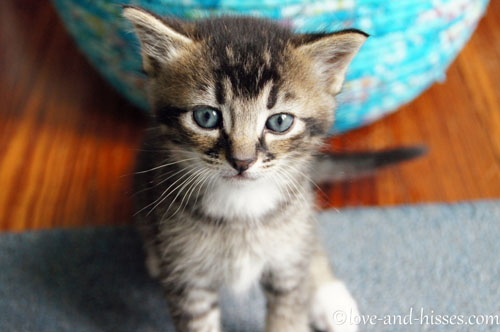 Their eyes are changing from that gorgeous dark blue. Noooo, too fast! 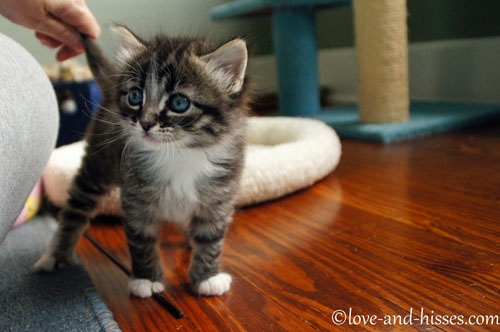 Leia smiles as she wonders “Is someone touching my tail?” 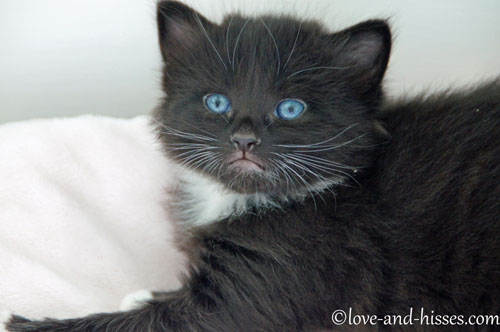 Charming seems determined to hang on to his dark blue eyes, at least for now. 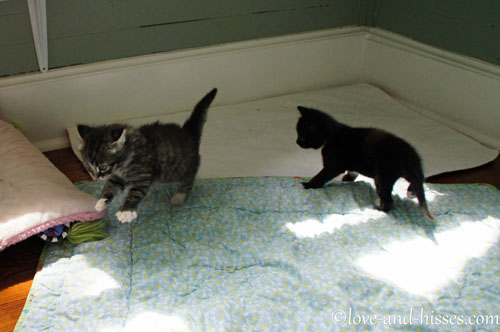 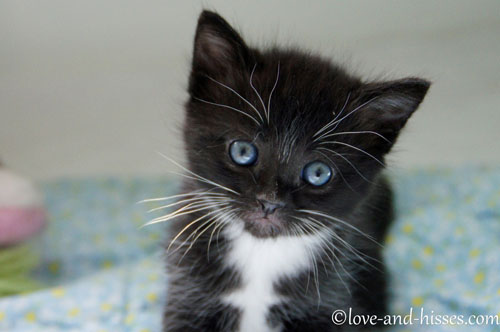 You know, she almost looks like a cartoon, with those white whiskers against her black fur. Also, excuse me while I go squeeze her. 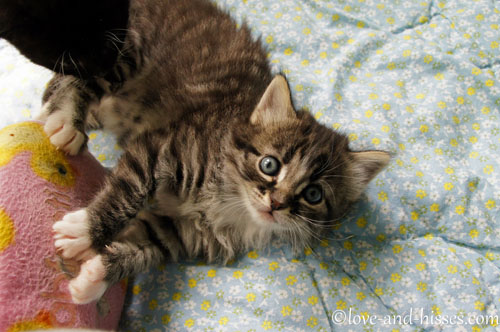 Sharpening her little claws on my slipper while someone sniffs her. 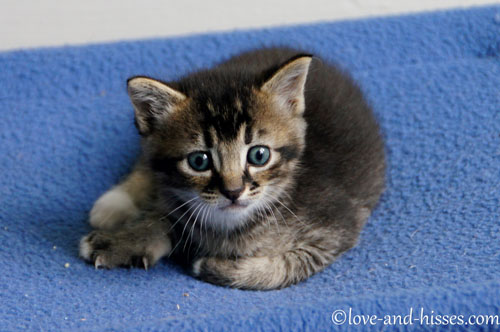 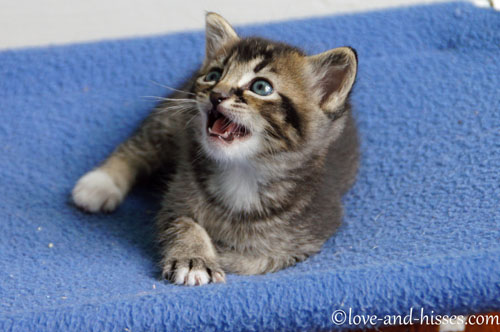 “THAT LADY KEEPS TAKIN’ MY PICTURE. SOMEBODY MAKE HER STOP!” 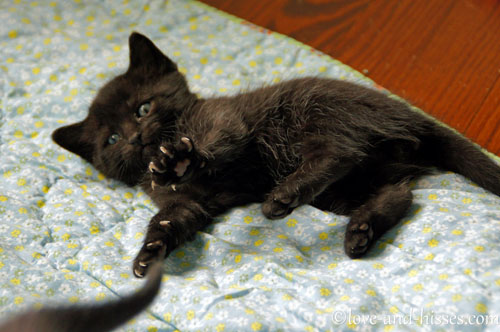 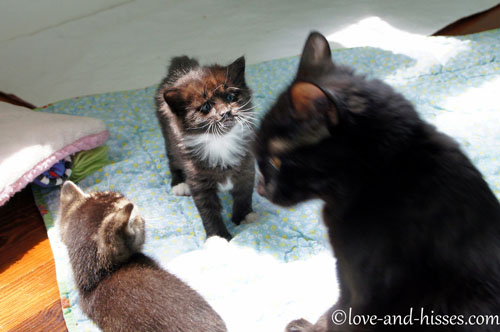 Charming and Aslan, getting their marching orders from Mama Kate. 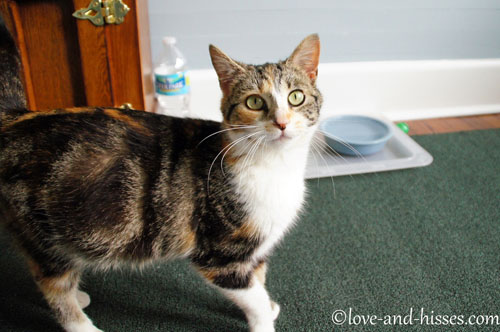 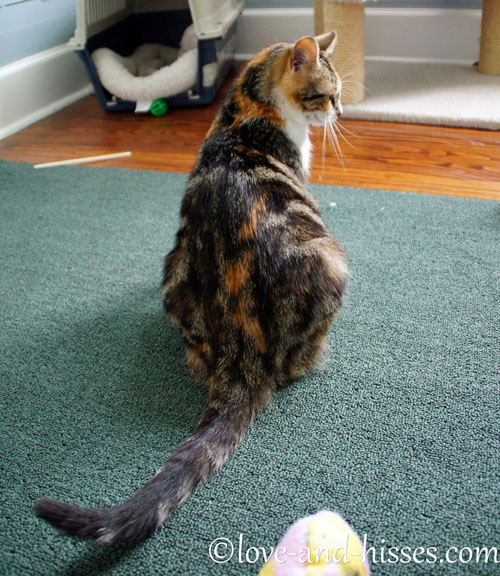 A shot of Khaleesi from behind so you can see her pretty colors. 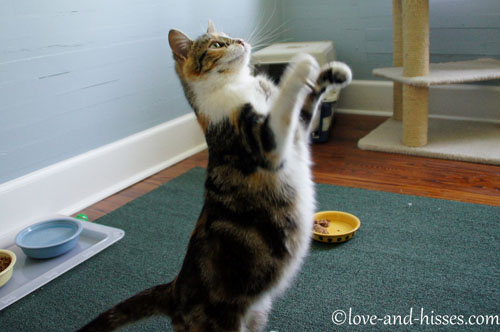 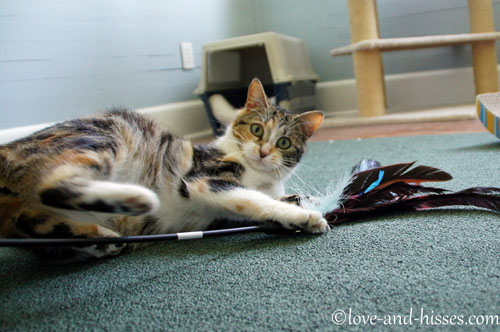 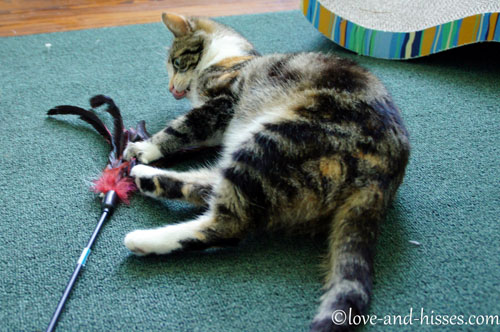 I do believe we’re getting very close. Khaleesi’s appetite has dropped dramatically, and she’s gotten SUPER friendly. I mean, she was plenty friendly before, but now she is especially so. I haven’t felt (or spotted) any belly movement, but the times I’ve had the chance to feel her belly, she’s been purring so hard that her entire body vibrates, so it’s kind of hard to feel anything but that. 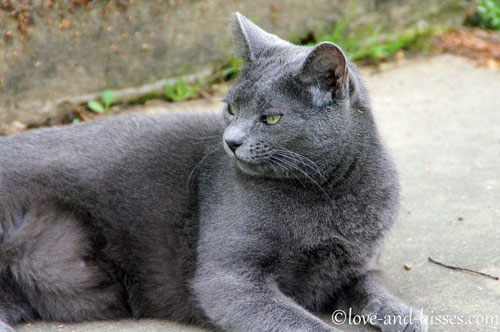 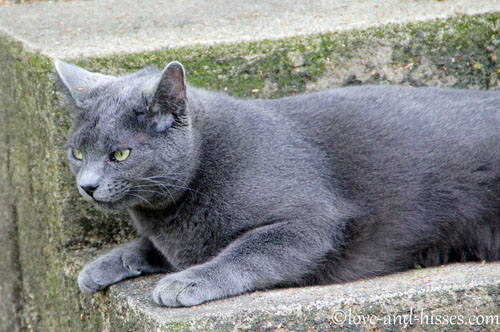 Such a loony boy.