I shall be leaving in a little while to drop Maura off at the vet so that they can get a fecal sample and either declare her all cured and ready to be released (slowly) into the general population, which is what I hope will happen – or that she’ll need another round of medication. 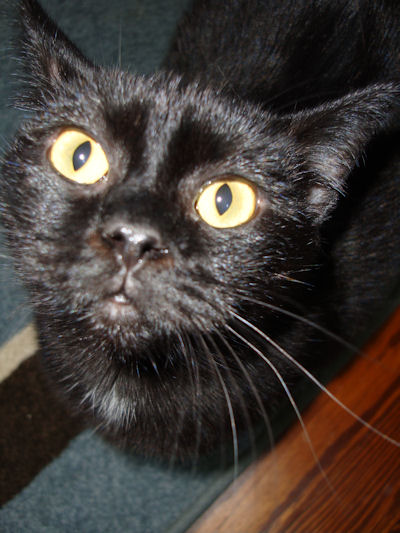 “They’re gonna take a sample of what from my where, now?”

The last few nights, when Fred and I have gone in to hang out with Maura before we go to bed, Fred has let Jake into the room. Oh, how Jake wants to be best friends with Maura in the WORST way. He tries to rub up against her, he tries to play with her. She’s a little put off by his friendly fervor, but she’ll sit and watch him play. She had to put him in his place a few times by raising a threatening paw. She was like “You’re in MY home, boy. Don’t make me mess you up!”

Fingers crossed that she can be released into the house to play with the other cats! I’ll let you know, of course. 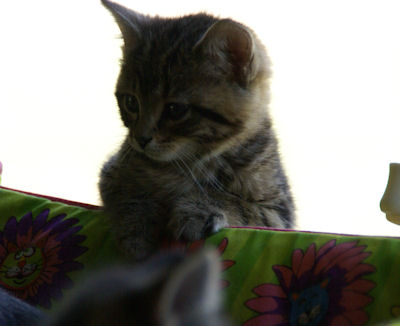 I’m not quite sure what Corbett was doing here – looking at Jake or Elwood and trying to decide if he wanted to climb into the cat bed with him, I think. 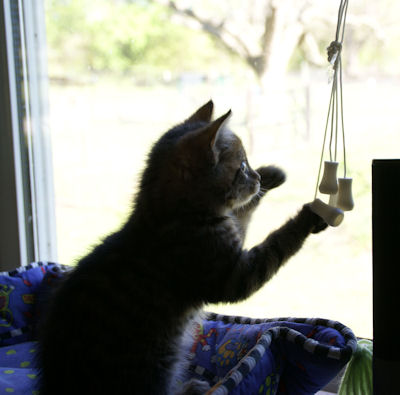 Oh, do they love the cords hanging from the blinds over my desk. 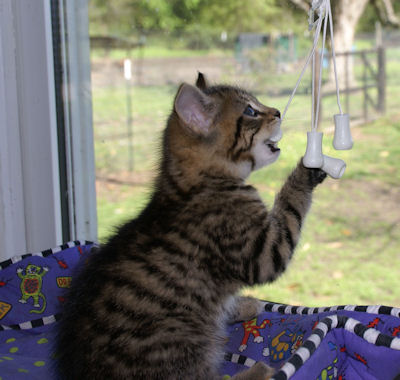 They’ll bat at them for HOURS. 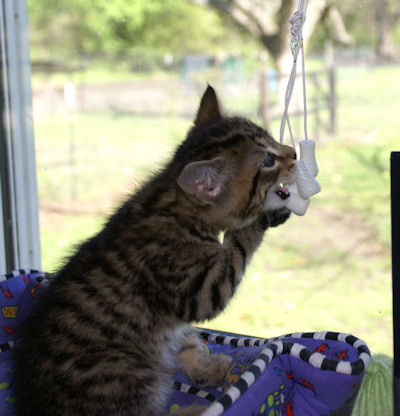 They bite on the ends of the cords. 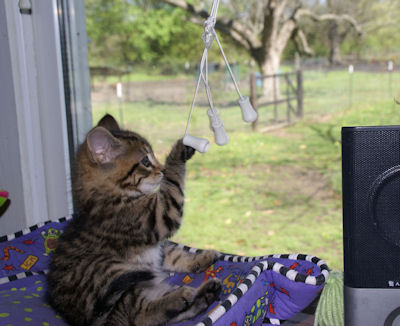 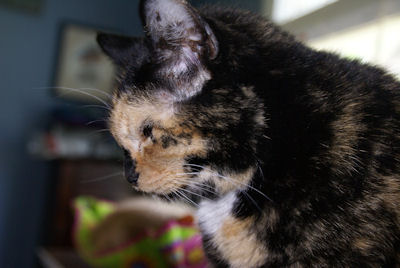 Miz Poo. Still not a fan of kittens, but she hasn’t smacked one in the last ten minutes. I consider that progress!