Let us talk about little Bessie. 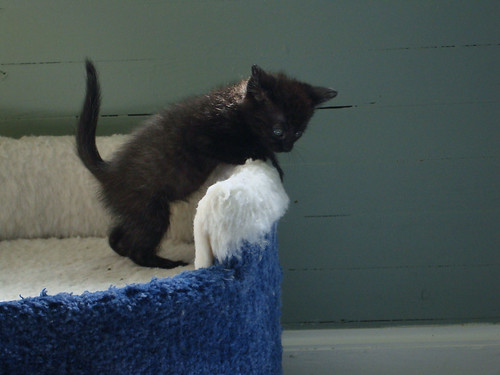 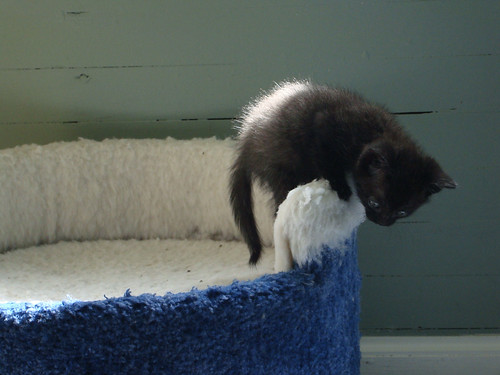 Bessie and Beulah are the only two girls in this litter, and where Beulah is tiny and delicate and ladylike (except when she’s putting the smack down, obviously), Bessie is a little spitfire. She won’t put up with much from her brothers, and she certainly gives as good as she gets. She loves to jump on any of them who are passing by, bite him on the neck, and make him squeal for mercy.

But she’s also a cuddly little lover, too. She’ll curl up in my lap and purr, knead, purr, knead, and if I stop petting her for one moment, she gives me a wounded look until I begin petting again.

(She double-checks my scooping by jumping into the litter box and kicking litter around to make sure everything’s been scooped out. Woe betide the scooping human who does a substandard job!)

Here’s a secret about Bessie: she loves to be kissed. You smooch her behind her ear, and she turns her motor on and doesn’t stop ’til she sees one of her brothers who needs a tail-kicking. 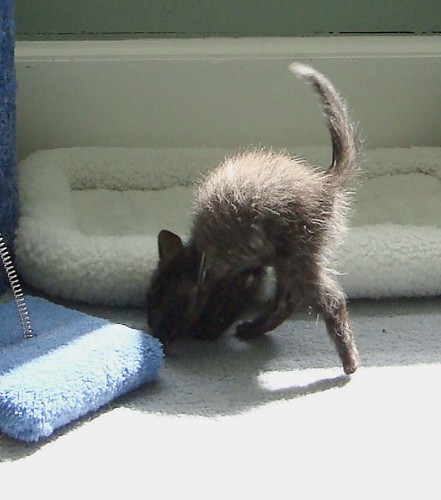 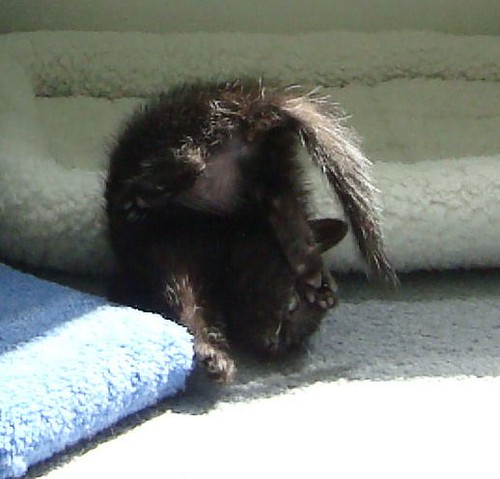 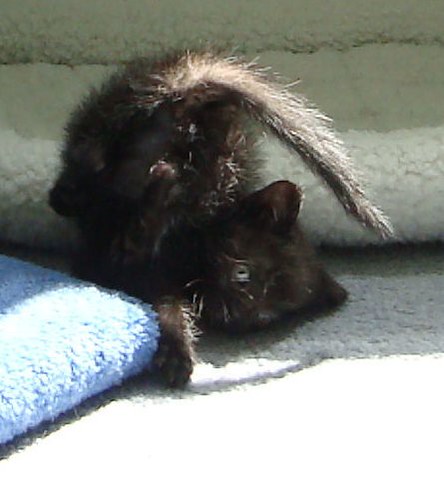 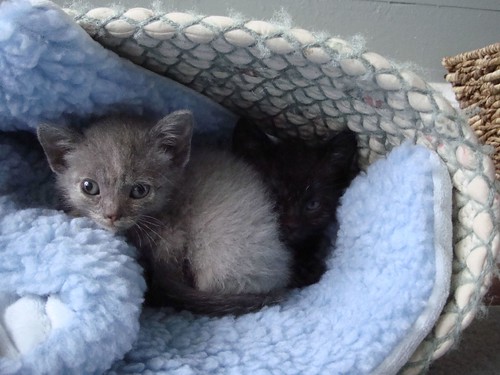 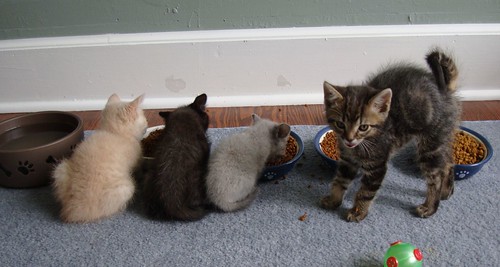 This picture was actually taken about 10 days ago – you’ll look at it and think “Wow, Beulah looks so much smaller!”, but I need to get a more recent picture of her next to one of her siblings.