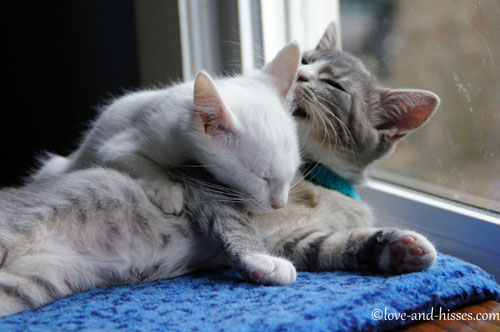 Percy was laying there, and Dandelion just casually jumped up and flopped herself over him. 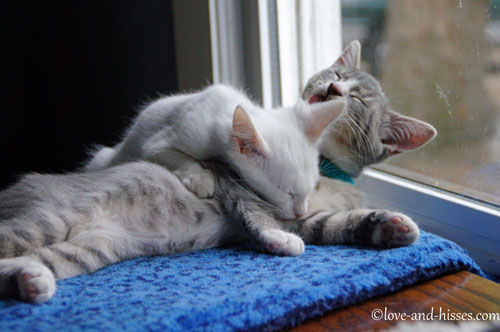 And he was like “Okay!” and began licking her. 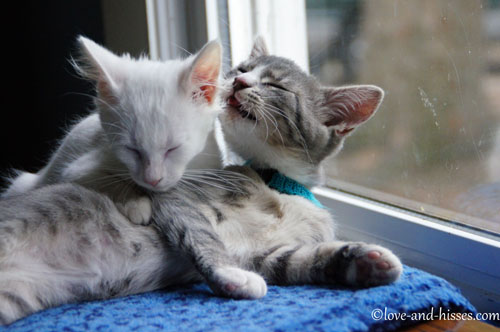 They were both purring really loudly. 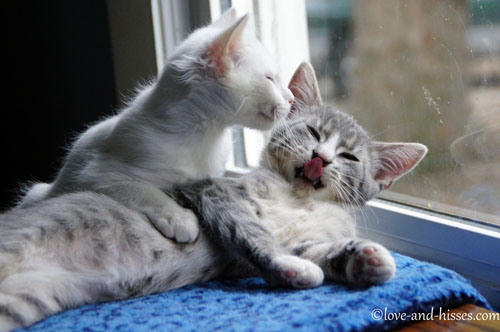 They took a brief break, and then he did some more cleaning. 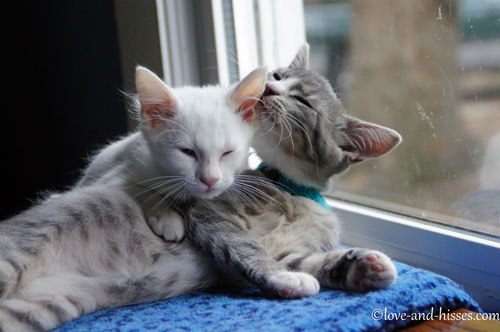 With that floof she’s got, she certainly can use some help keeping it clean! 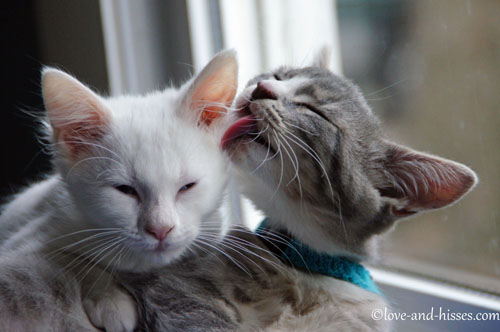 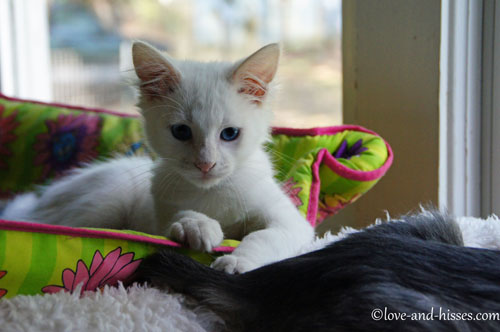 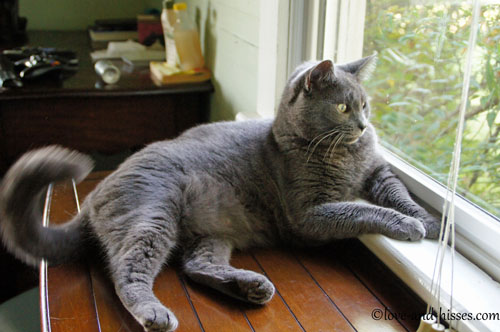 Ellie Bellz, keeping an eye on the birds.