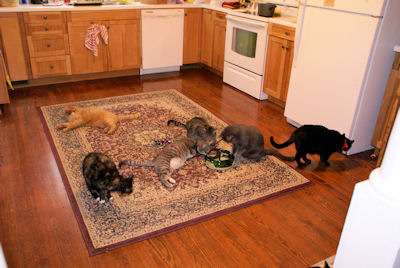 Miz Poo, Jake, Elwood, Reacher, Tommy, and Sugarbutt, hanging out in the kitchen. 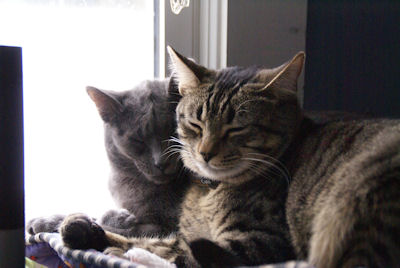 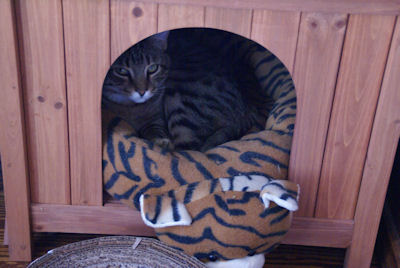 Corbie in the Room with a View (aka: The Sug Cave.) 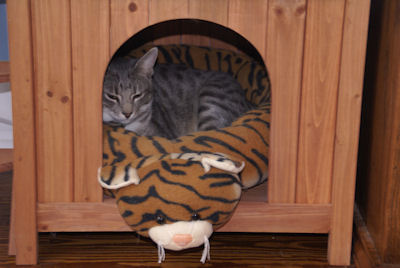 In case you missed it on Saturday, there was an entry posted with some bad news, good news, and updates. Cindy was returned Friday night, and then adopted again on Saturday, which doesn’t surprise me at ALL.

Poor Jan still hasn’t been adopted, but I expect it won’t be long until the right person comes along, she’s such a little lovebug. Fred says that I condemned her by naming her after the most annoying Brady!

Speaking of names, Alice has earned herself some nicknames from us. 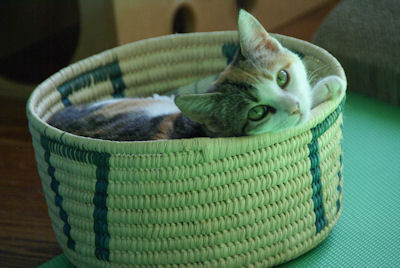 Fred likes to call her “Alice MOrales”, or “Alice Moe” for short. 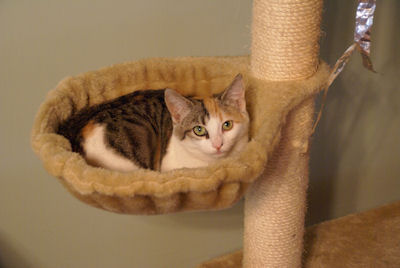 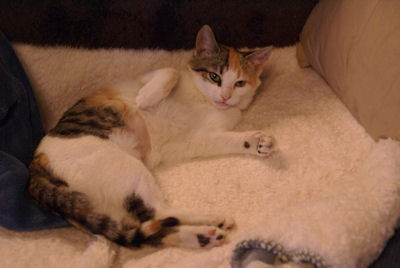 I’m working on getting pictures of her with some of the grown-up cats, so you can get a feel for her small stature. I expect that’s what Wednesday’s entry will be comprised of.

Yesterday, I made blueberry muffins. I left one on the counter, wrapped in a piece of paper towel. A few hours later, I walked into the kitchen to find that Elwood had knocked the muffin onto the floor, and he and Alice were busily eating it.

I took the muffin away from them, and for the rest of the day every time I set foot in the kitchen, Alice was there meowing at me to let me know that she’d like some more blueberry muffin RIGHT NOW PLEASE. 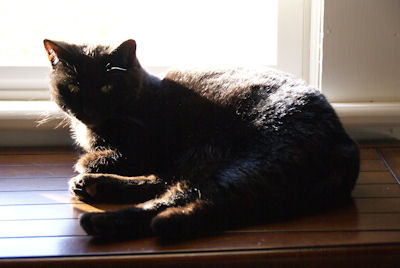 Maxi in the sun.