BTW – have George and Gracie and the cats (any of them) ever met up? Was it funny or were emergency evacuation procedures put in to action?

George and Gracie have never met up with any of our cats face-to-face, but one day Coltrane was following Fred around the property as he did his chores, and Fred opened the gate to go into the back forty. Coltrane zipped right through the gate, and Fred was sure there was going to be a kitty death, but he managed to get Coltrane shooed back through the gate before the dogs had any idea what was going on. They’ll bark at Coltrane, Maxi, and Newt as they run across the property between the back yard and the back forty. If one of the cats goes running across the back yard, they’ll bark at it, too, but for the most part they ignore the cats.

Yesterday I went over to Katherine’s house to make this candy (which turned out to be really good!).

Do you remember that Kara was pregnant when we got her, and she had four babies, and then Katherine adopted River (now Nate) and Inara (now Dora)? (It’s okay if you don’t remember that – you can always go read the Kara saga starting with this post if you’re interested.) 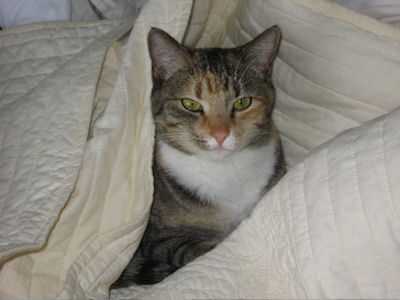 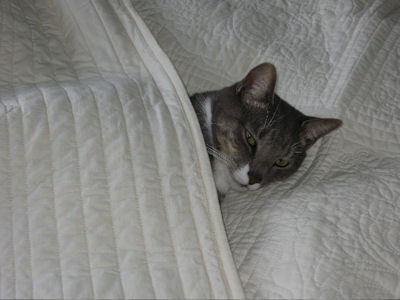 Haven’t they grown up to be absolutely gorgeous? Katherine and I have determined that Nate belongs in Hollywood. Or at the very least, on the cover of magazines.

Nate is a scaredy-cat when it comes to strangers (of course he doesn’t remember me), and at one point he came running through the room – not realizing I was there – and when he saw me, he stopped dead in his tracks, spun around, and ran in the other direction. He stopped in another doorway, gave me a disbelieving look, and then ran for safety. Made me laugh out loud.

You saw the pictures the other day of Jan “Hussy” Brady snuggling with Reacher. Now you can see her getting some love from Elwood.

The kneading paws KILL ME DEAD. Is that one happy kitten or what? 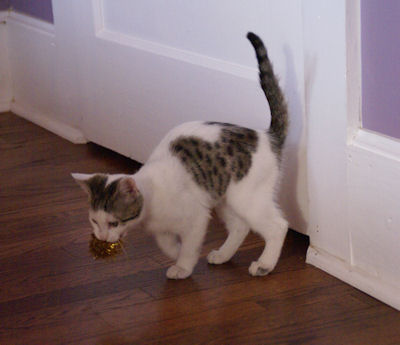 Cindy Brady and a sparkly ball. 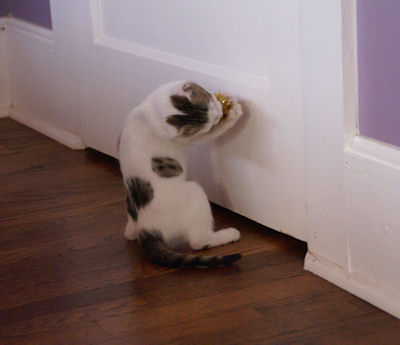 Kinda looks like she’s practicing her kissing technique on that toy, doesn’t it? 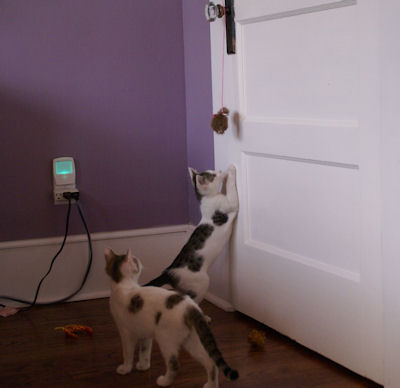 Bobby tries to decide whether to jump for it. 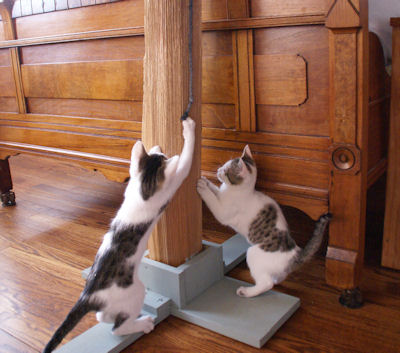 The scratching post we made. The best thing I did was to use the staple gun to attach that drawstring cord (pulled out of one of my hoodies) to the top of the scratching post. The kittens will bat at it for HOURS. 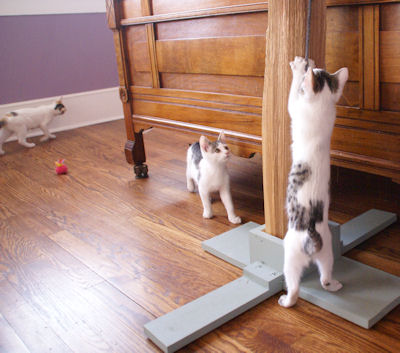 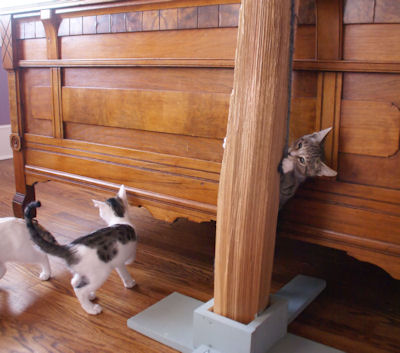 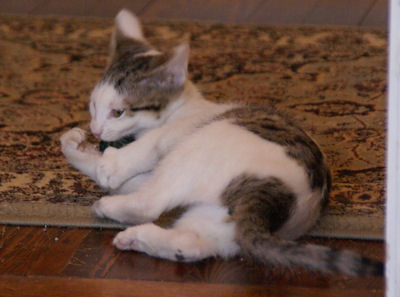 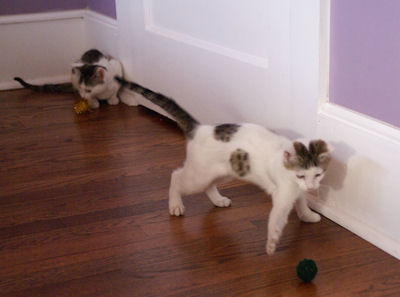 Adoption hours at Petsmart take place tonight and tomorrow – I highly suspect that at least a few (if not all) of the Bradys will have new homes by the end of adoption hours on Saturday. Of course I’ll keep you informed! 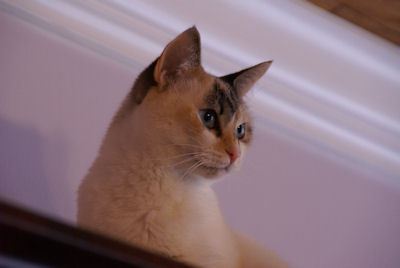 Stinkerbelle, atop the bookcase in the guest bedroom, keeping an eye on things.