Thanks to reader Roxanne, I discovered that Love & Hisses is now totally famous, we were mentioned in First for Women magazine! 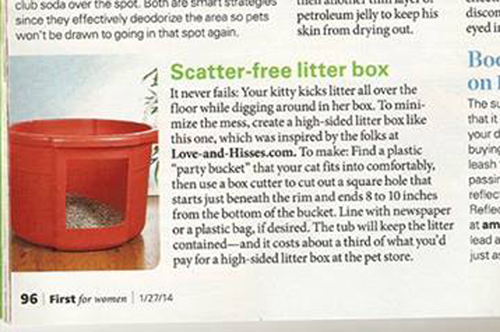 In case you can’t read that, it says: It never fails: Your kitty kicks litter all over the floor while digging around in her box. To minimize the mess, create a high-sided litter box like this one, which was inspired by the folks at Love-and-Hisses.com. To make: Find a plastic “party bucket” that your cat fits into comfortably, then use a box cutter to cut out a square hole that starts just beneath the rim and ends 8 to 10 inches from the bottom of the bucket. Line with newspaper or a plastic bag, if desired. The tub will keep the litter contained and it costs about a third of what you’d pay for a high-side litter box at the pet store.

We’re takin’ over the world, one litter box at a time! 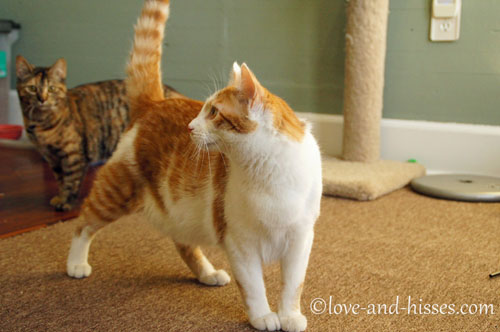 John Smith’s waitin’ for the feather teaser to come his way (and Bunnie in the background, all “THIS idiot.”) 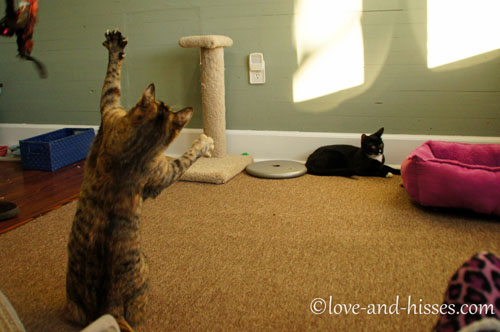 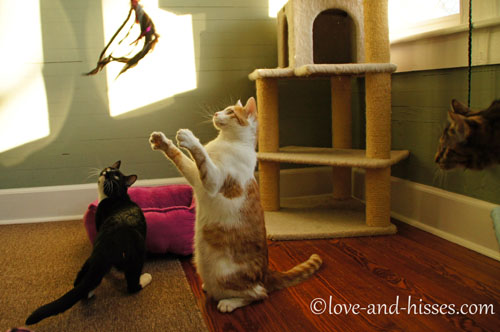 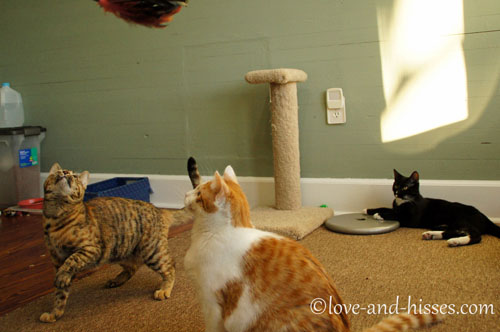 I love how Bunnie’s all poised to jump. 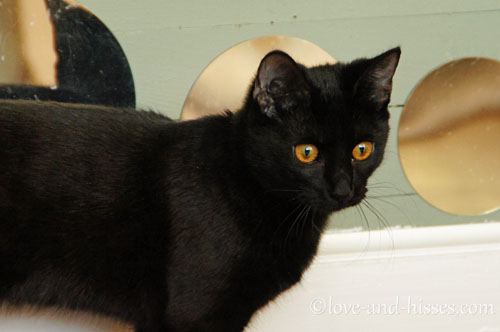 “Um, you guys, I’m trying to put nose prints all over the mirrors and you’re being very loud and distracting me.” 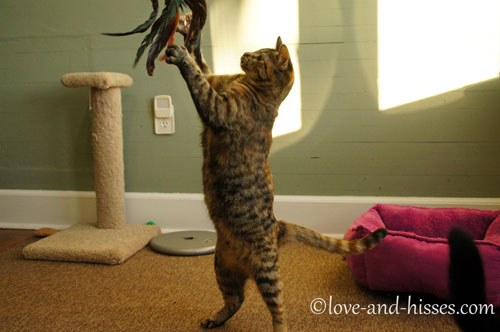 “Shall we DANCE, feather teaser?” 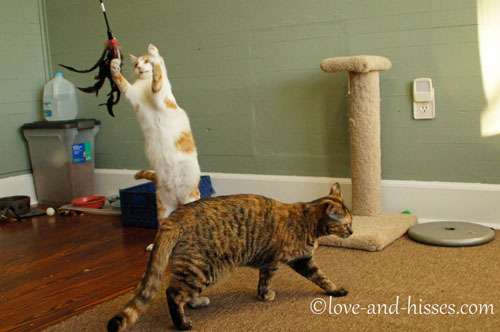 John Smith’s face cracks me UP. 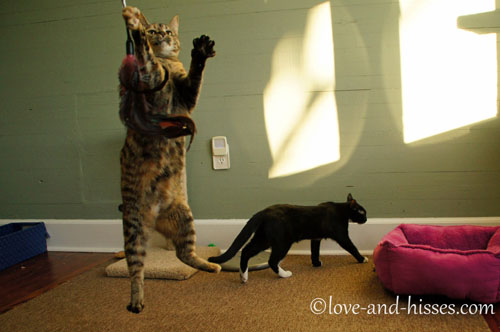 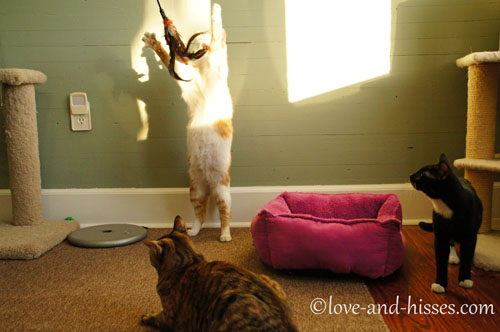 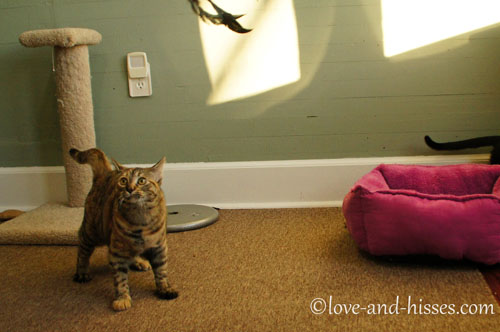 Bunnie’s had just about enough of the feather teaser’s shenanigans. Silly girl. 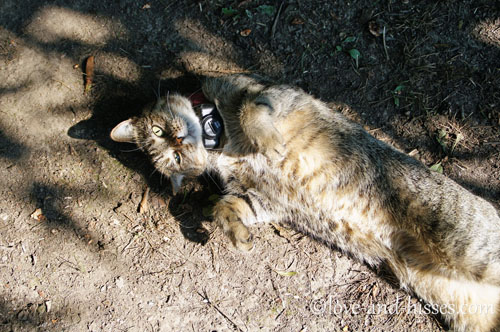 Nothing makes Sheriff Mama happier than rolling around in the dirt. 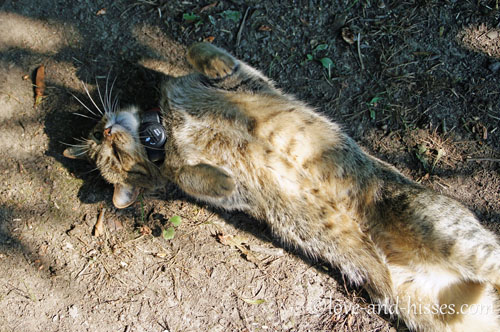