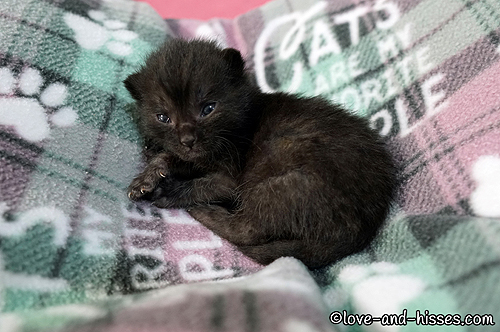 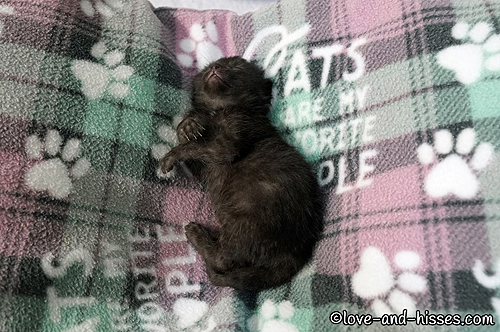 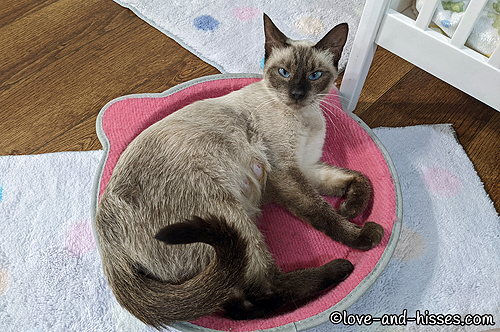 The Mama Pie (my favorite!) is looking a little sassy today. 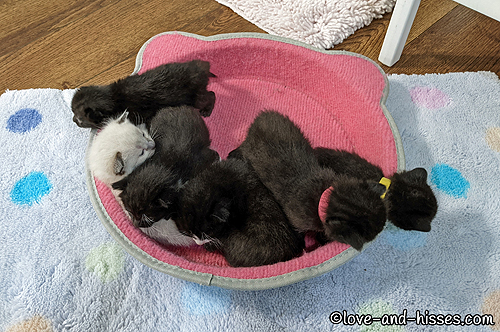 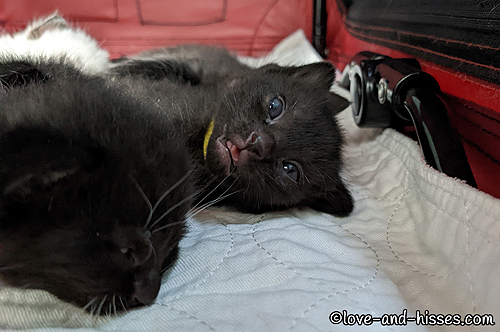 Gus was sleeping, but the instant I took his picture, his eyes flew open. I don’t think his brain was engaged, though. 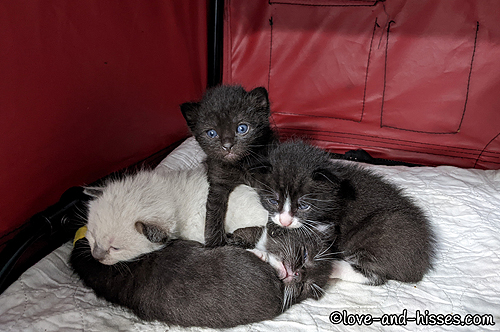 Francesca atop a pile of her brothers. 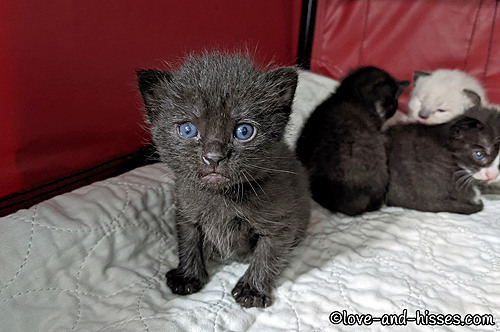 This girl was born to pose. 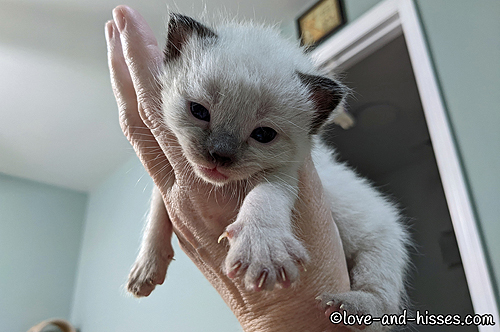 Lalo’s a handful and a half. 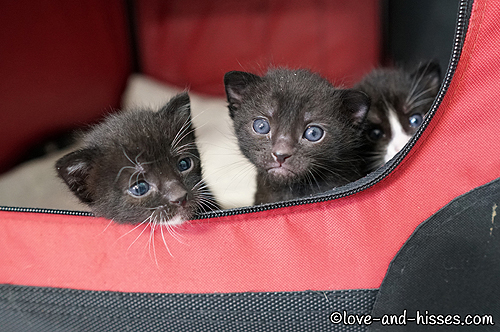 Nacho, Gus and Saul check out the view. 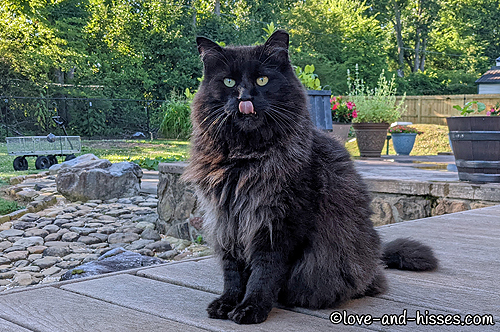 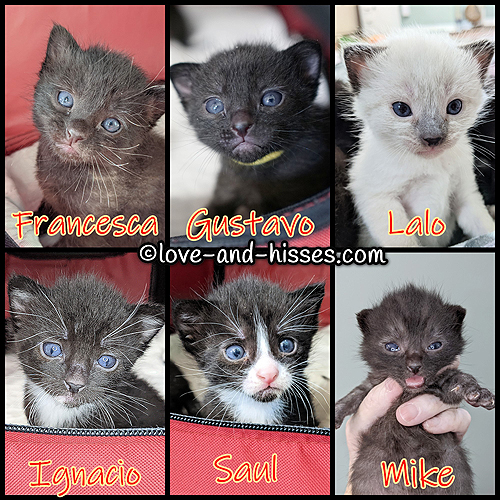 Francesca, Gus, Lalo, Nacho and Saul are 3 weeks old today! (Mike is 17 days old; for newer readers: Mike is not genetically related to the other kittens, he was found left behind in a hay bale, and since he was just a few days younger than the others, he came to us. They – and most importantly Mama Kim – accepted him immediately.) 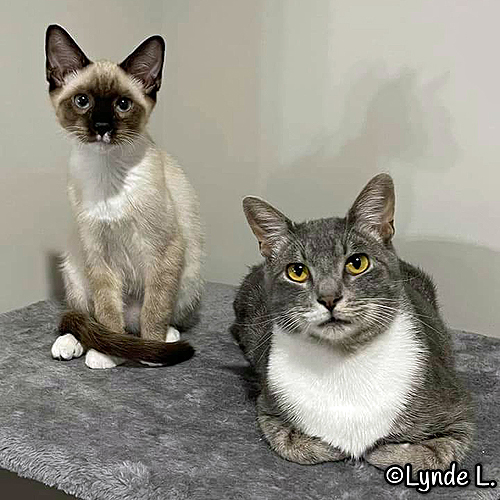 TJ (formerly Fergus) and his brother Kevin were very pleased to hear that TJ’s littermate Roger was adopted over the weekend! Aren’t TJ and Kevin a gorgeous pair?

YouTube link
Mama Kim Wexler is really good at starting a story, but has a little to learn about telling the WHOLE story. She’s easily distracted/bored. 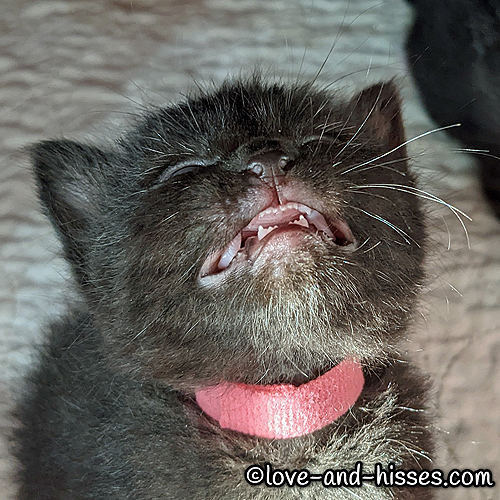 In honor of being 3 weeks old, Francesca gifted herself a shiny set of toofers. The better to chomp her brothers with!

1. I tell him to come get his bottle, and he toddles to the mouth of the crate.
2. He eats (sometimes a lot, sometimes just a little.)
3. He gets burped (not shown, because I need both hands to hold him and pat him on the back.)
4. He falls into a milk coma and I am required to rub his belly while he snoozes. 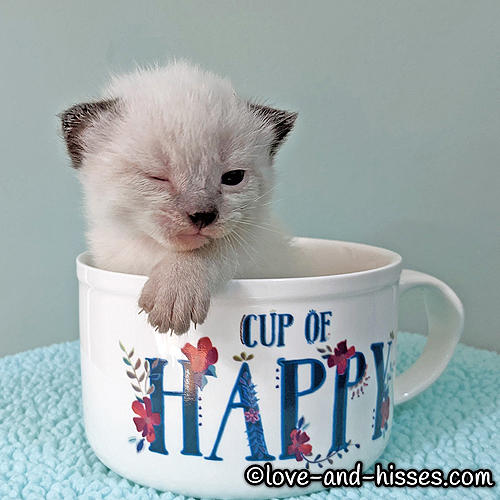 Lalo is the quintessential Cup of Happy.⁠
⁠
(His eye is fine; he had just woken up and was still trying to figure out what was going on.) 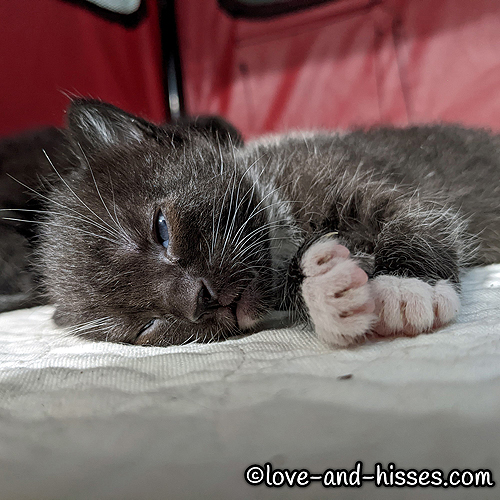