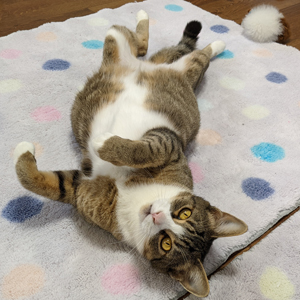 Mimosa came to us on January 27, 2022. She had been turned in to Animal Control by her previous owners, and was believed to be pregnant. Her name, according to her previous owners, was “Mama,” which leads me to believe that this isn’t Mimosa’s first litter. (It was absolutely be her last, though!)

Before I brought her home, Mimosa had an ultrasound and the vet verified that she was at least 30 days pregnant (the average gestation period for a cat is 60-65 days). I did some math and some guessing, and decided that she’d have her kittens sometime between February 19 – 28th. (She had them on March 2nd!)

Mimosa is a super sweet, friendly, VERY confident girl who meets me at the door to the foster room and demands that I feed her. (She’s pregnant, and her appetite is voracious.) She isn’t at all nervous or scared, though she is quite interested in the noises she hears outside the foster room door. She spends her time eating, snoozing, and watching birds out the window. I can’t wait to meet her kittens!

Updated: Mimosa had her kittens the morning of March 2, 2022 (34 days after we got her!) – four boys and one girl named Bramble, Clover, Kudzu and Mondo (boys), and Hollyhock (the girl.) You can read her birth story right here. 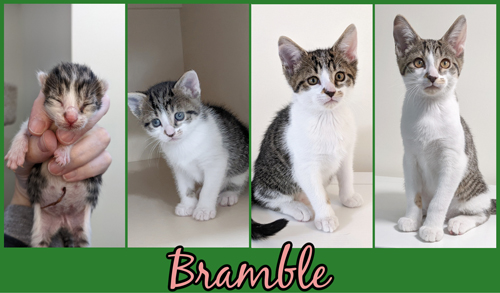 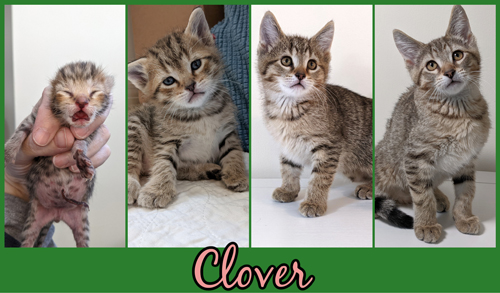 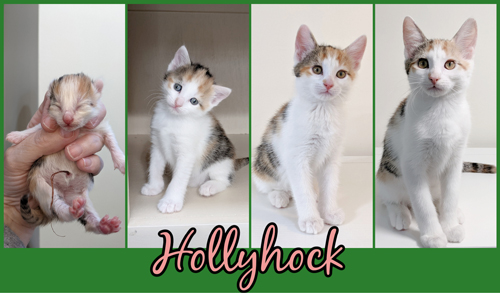 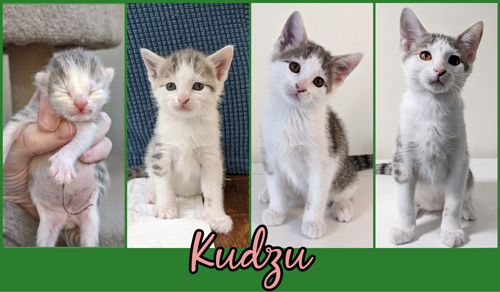 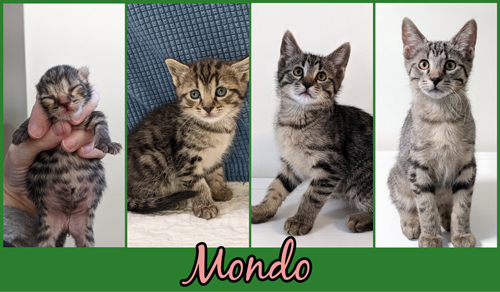 You can read about Mimosa beginning here and the entries that include the kittens begin here. There are links at the top and bottom of each entry; click on the one on the right to take you to the next entry.

You can see all the pictures taken of Mimosa here at Flickr, or scroll through them below. 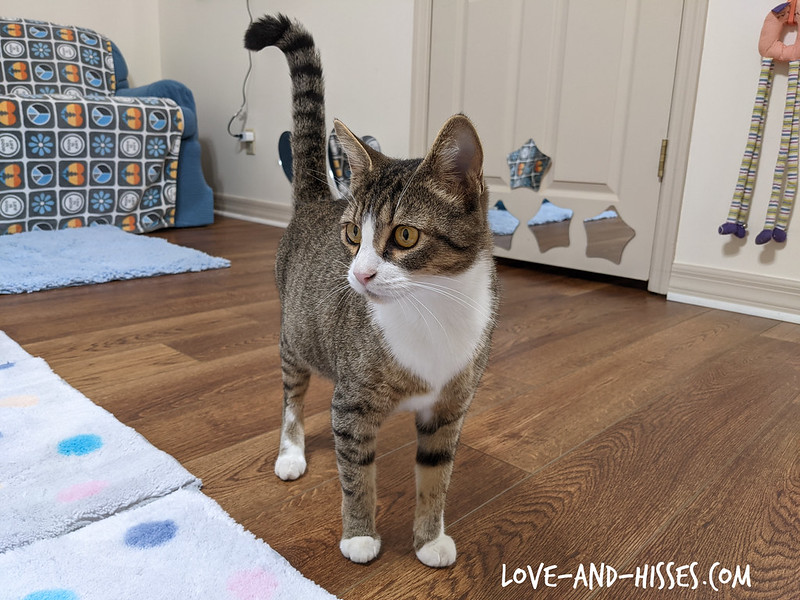 The weight chart spreadsheet for the kittens can be seen on Google Documents right here – Mimosa’s Sprouts’ Weight Chart.