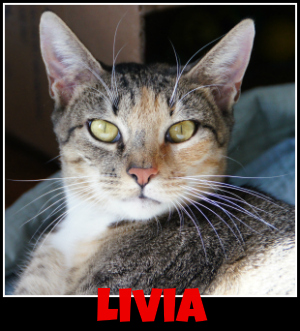 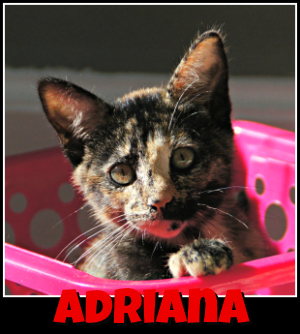 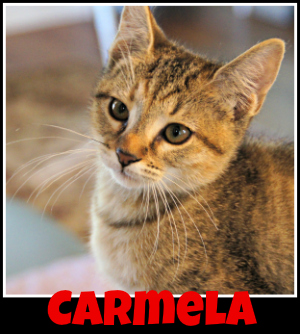 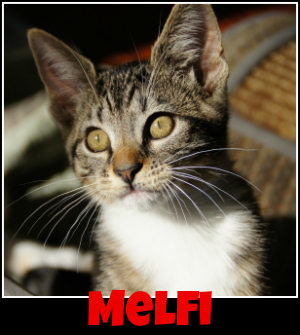 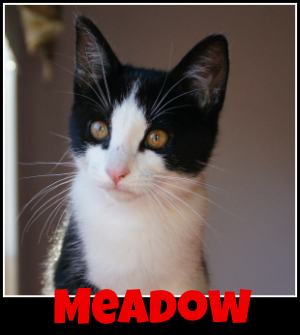 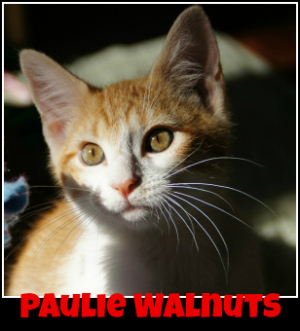 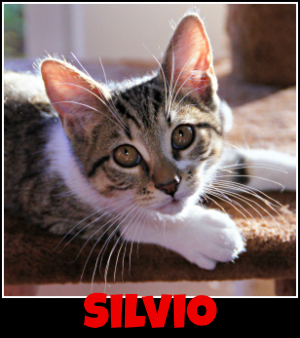 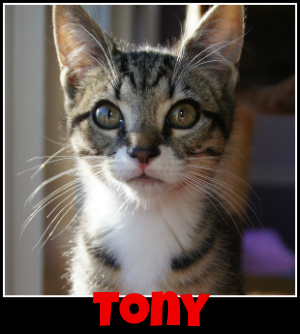 Livia was one of several cats who were being fed by a woman. A neighbor stepped in to have the cats spayed and neutered. On September 5th (2013) while she was sitting at the North Alabama Spay Neuter Clinic in Huntsville, waiting to be spayed, Livia went into labor. She ultimately gave birth to 9 kittens, but 2 of them didn’t make it. On September 17th, Livia and her 7 kittens came to us. Carmela, Dr. Melfi, Meadow, and Adriana are girls. Tony, Silvio, and Paulie Walnuts are boys.

Livia and her kittens are named after characters from the HBO series The Sopranos.

You can see all the pictures of the Sopranos over at Flickr.

You can read about the Sopranos beginning here (there are links at the top or bottom of each entry; click on the one on the right to take you to the next one).

Adriana was adopted the day that the Sopranos went to Petsmart, December 17th!

Silvio was adopted on January 3rd!

Carmela was adopted on January 4th! (She’s been renamed Eleanor.)

Melfi was adopted on January 21st!

Tony was adopted on January 30th!

Livia was adopted on August 14th!