Rufus has not been adopted yet. However, I went by to see him at Petsmart over the weekend, and not only was he NOT hiding in his litter box, he was in fact flopped out on his bed, sound asleep. I went in to see him and pet him, and he just lay there and purred like mad. I snapped a few pictures with my phone. 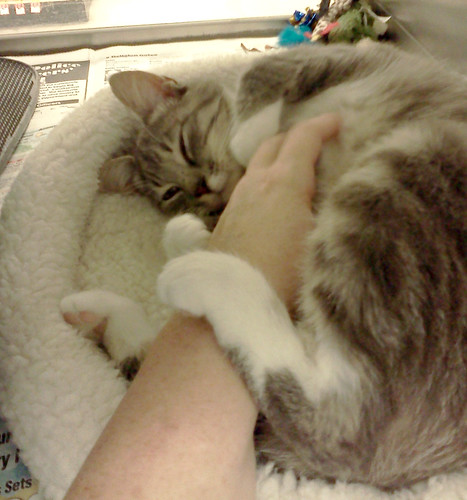 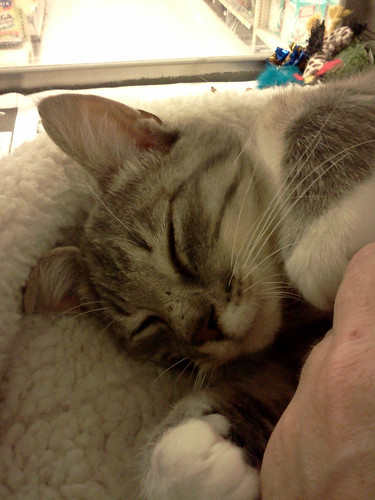 Somehow, I’d forgotten just how silky smooth his fur is. 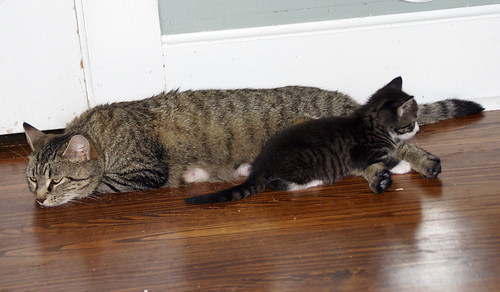 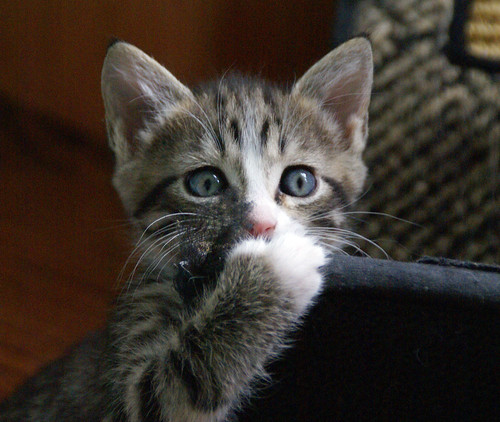 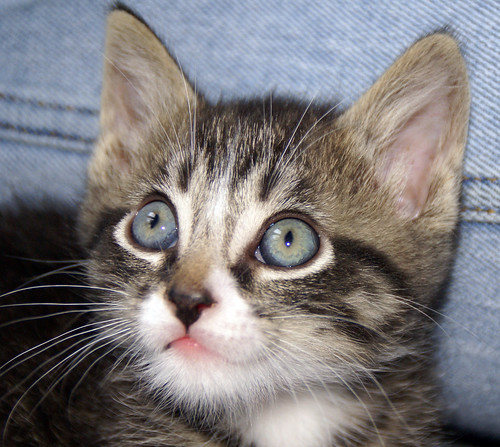 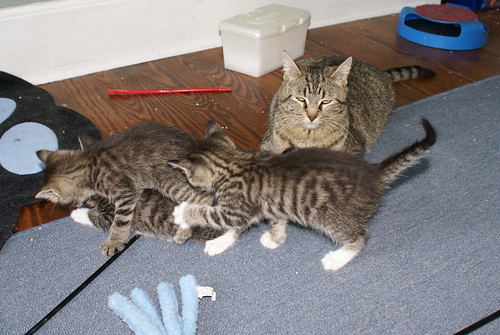 Don’t give ME that look, young lady. It’s not MY fault they’re such little ruffians! 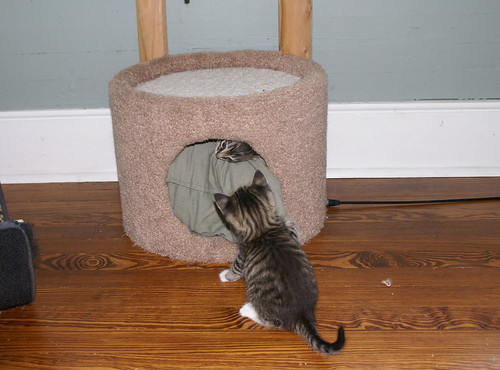 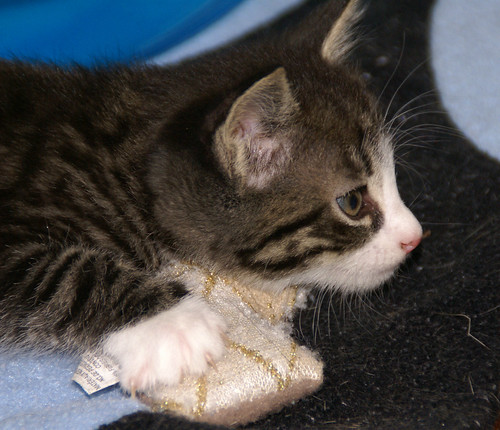 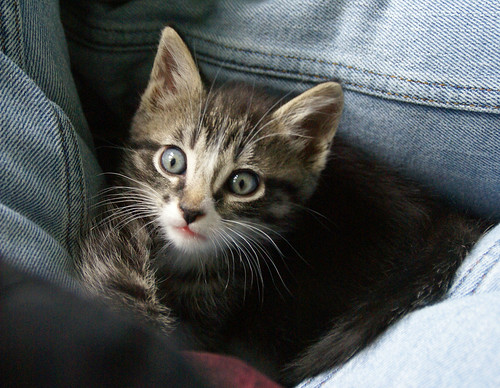 Macushla in my lap. All the McMaos are snuggly, but he’s particularly so. 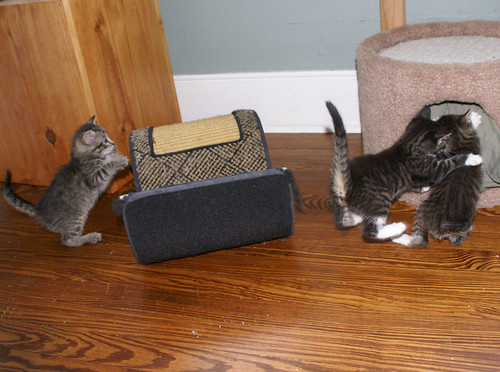 Fergus Simon, sneaking up on his brothers. “Be vewwy vewwy quiet!” 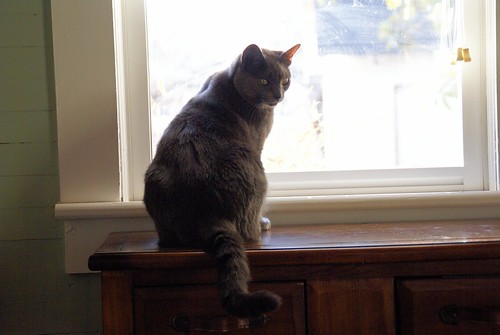 Elwood in the window. 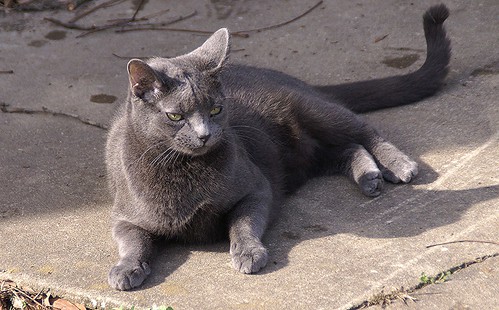 Jake, enjoying the sun if it kills him. 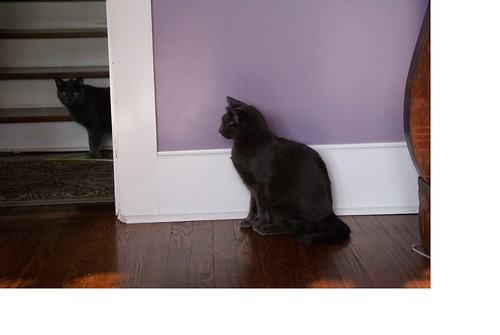 Jake in the guest bedroom, Elwood at the bottom of the stairs. 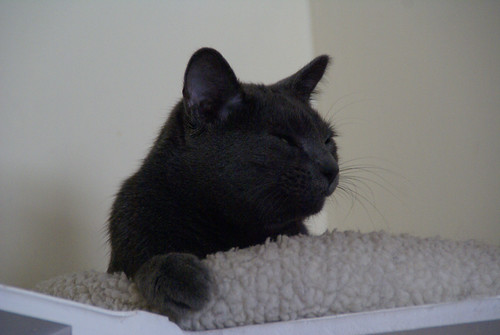 Jake on the platform in the kitchen. I love his loony little face.