This week, I’m featuring a Royal each day and most days I’ll also feature a single Dragon, too. So if you don’t see your favorite Royal or Dragon, just wait. You’ll see ’em at some point! 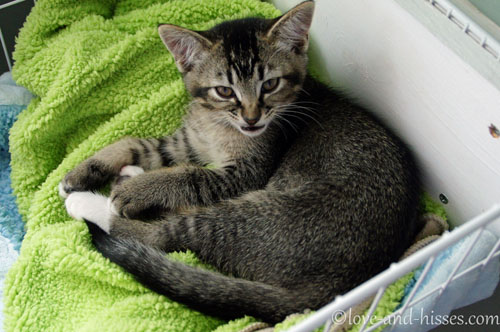 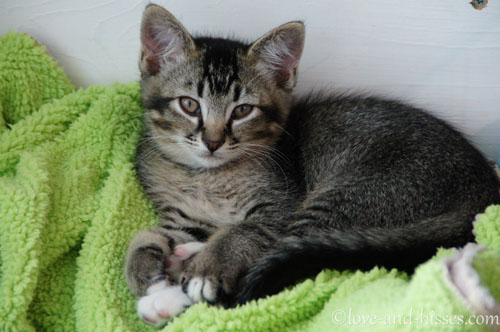 He’s such a sweet, quiet boy. He enjoys snuggling with his siblings, but he mostly seems to prefer snoozing alone. Maybe their fidgeting annoys him. 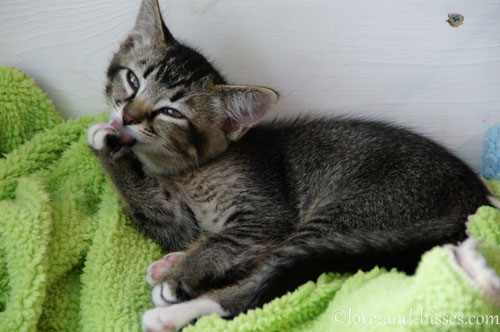 I love that if you only see his face, you think he’s “just” a brown tabby. But then you see that fabulous ticked coat, and he’s quite the sight to behold. 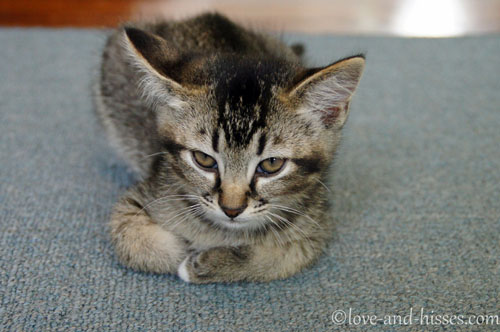 He lets you know when he’s annoyed. The Ears of Annoyance come through loud and clear. 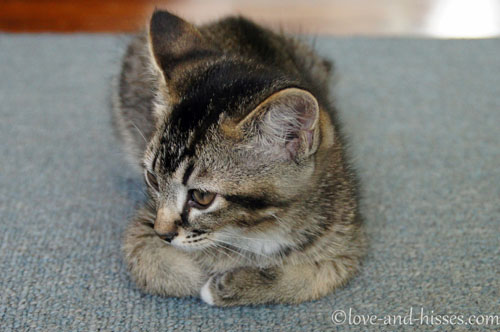 Then he looks away, all “Seriously. You = ANNOYING.” 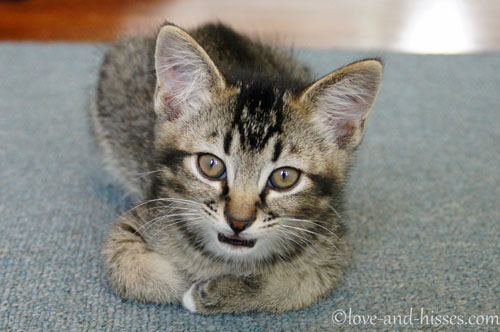 Then he looks all sad and says “Why you annoy da baybee?” 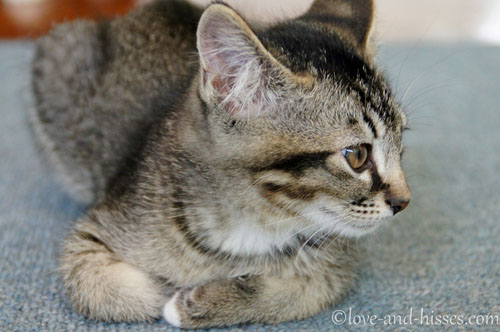 “Cannot look at you. Your annoyingness hurts my eyes.” 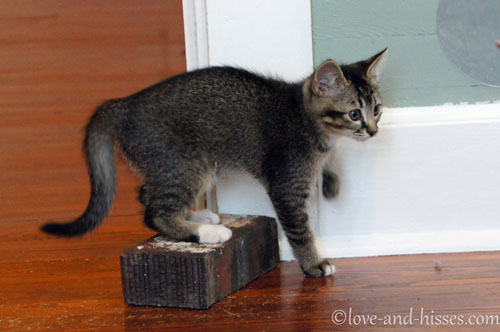 I’d say he’s the quiet observer of the litter, but there are several quiet observers in this bunch. He’s also as apt to run around like his tail is on fire as sit and watch the goings-on of the other kittens. 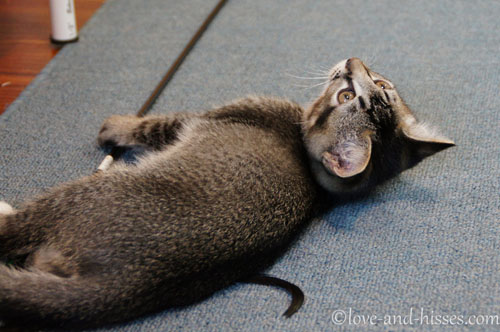 Check out that pretty coat. 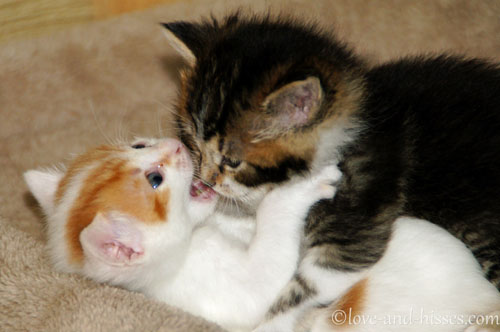 Ember is little (she and Norbert trade the “smallest Dragon” title back and forth), but she’s feisty! 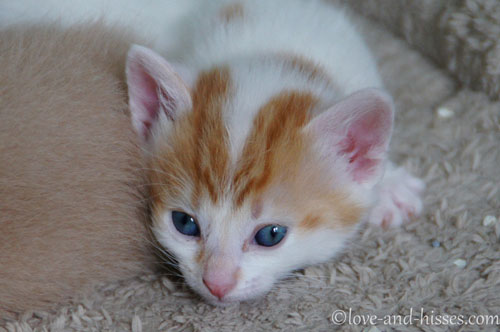 She is such a pretty wee girl. 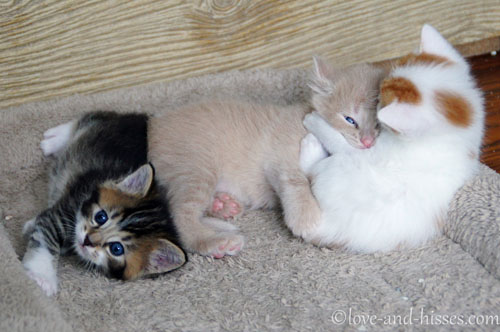 Waking up Scorch to let him know who the boss of THIS bed is. (Hint: It’s Ember. Not Scorch. Not Ruth. EMBER.) 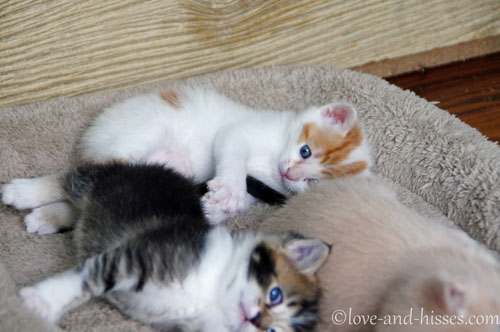 Messing with Ruth’s tail (which Ruth, as you can see, is just LOVING.) 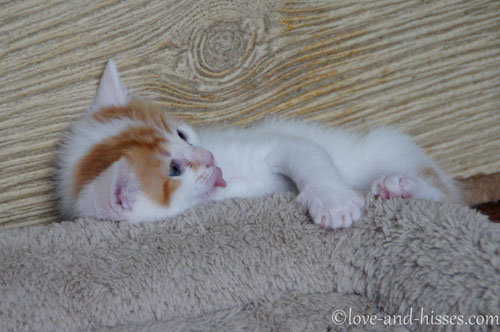 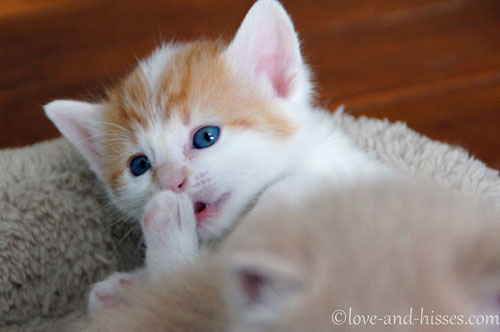 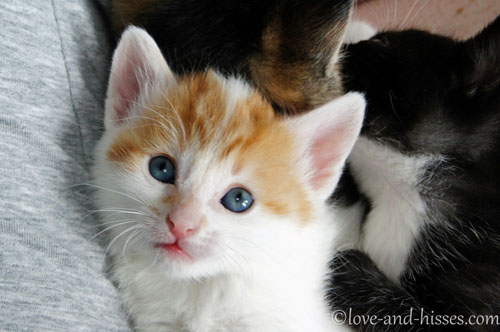 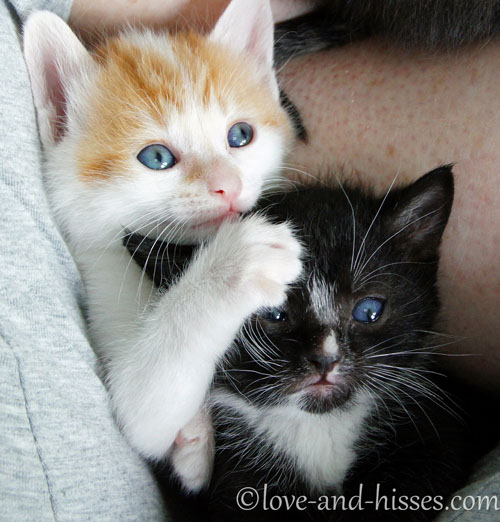 Apparently Norbert’s ears are a delicacy. 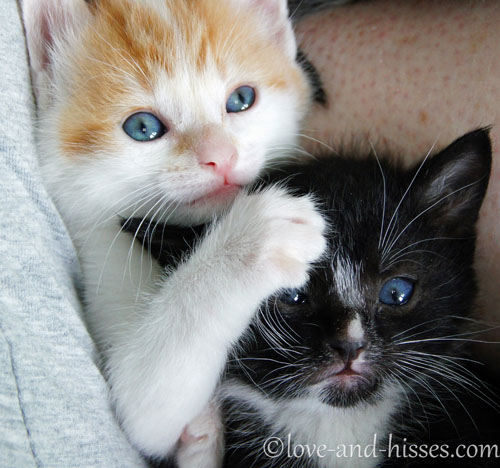 They were both actually falling asleep right here. You can tell the lights are on but no one’s home. 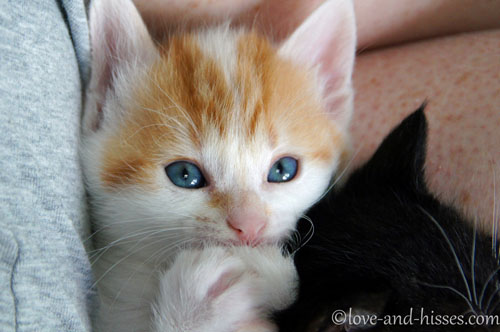 “What did you put IN these ears? They’re so good!” 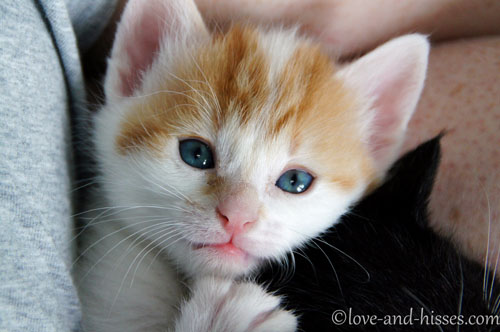 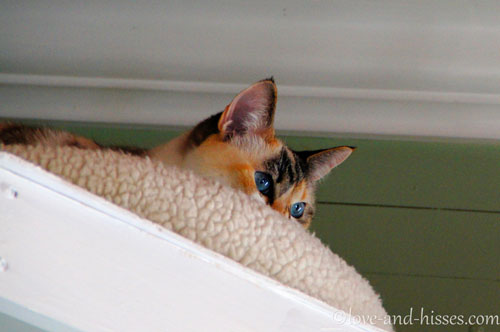 Stinkerbelle keeps an eye on those kittens. SOMEONE has to, after all.