In case you missed it on social media yesterday, we now have 12 eyeballs! 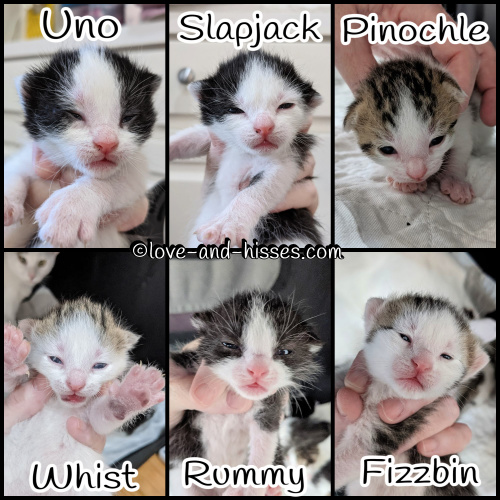 The funny thing is that yesterday morning I checked Uno’s eyes to see if they were close to opening, and there wasn’t even the slightest peek of eyeball. Then I went into the room a while later, and there she was, looking up at me. I guess she decided she was ready, and the eyes went ::PLINK::!

A thing I noticed yesterday about Whist is that she has a freckle on her right nostril! 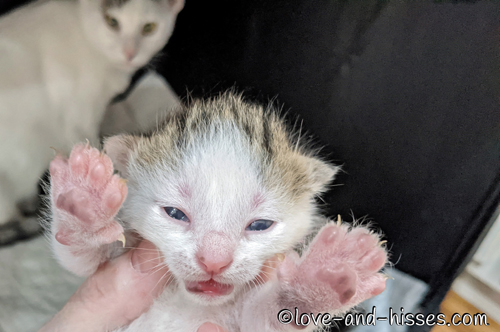 (I would have cropped this closer, but I love that Canasta’s in the background keeping an eye on us. You can click on the pic to go to Flickr and see it in a larger size.)

I swore up and down that it must have just come in overnight, but when I looked back at her previous pictures, I can see that it’s been there, just very very faint. It’s starting to darken up now, which makes it more obvious. 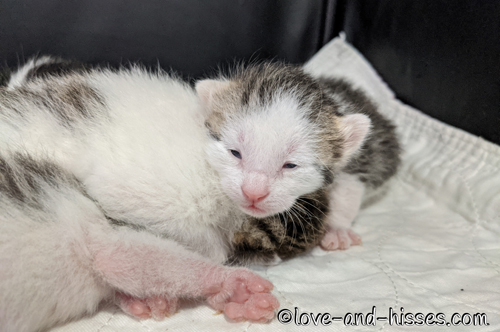 Fizzbin’s got her eyes on me. 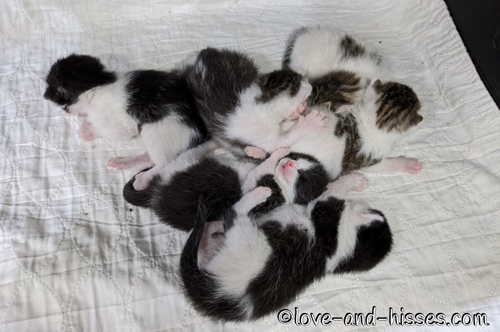 I swear they get cuter by the moment. 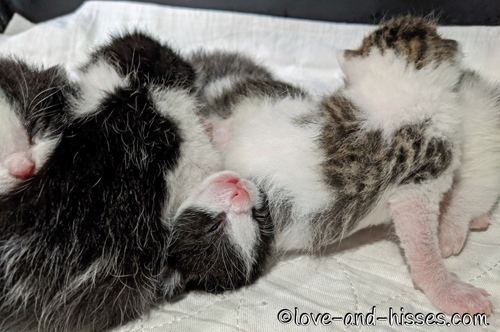 Rummy’s little pink nose and lips in the middle of the pile. SERIOUSLY. 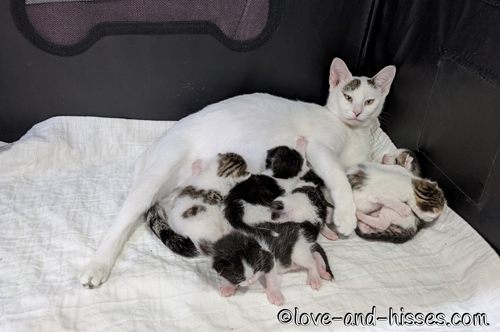 You can practically sit and watch them grow. 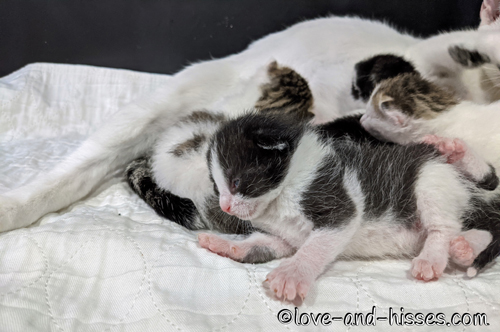 Rummy considers her next move. 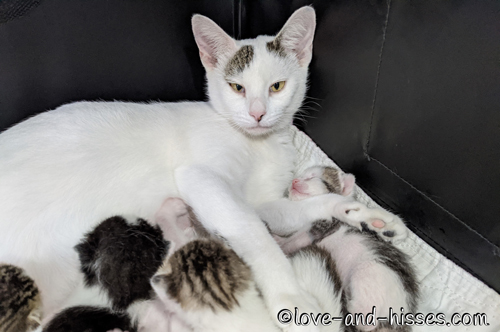 Such a sweet mama. 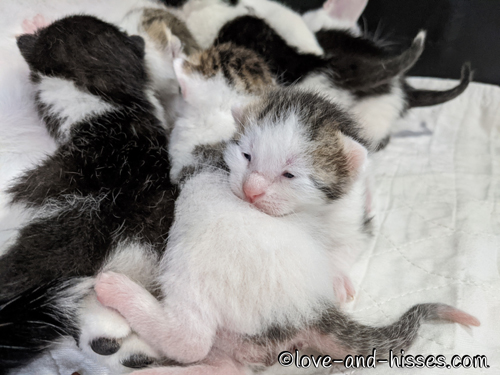 I’m not sure what part of this picture I like best: Pinochle’s foot propped on top of Canasta’s foot (lower middle-left of the picture), Fizzbin using Pinochle as a pillow while she daydreams, or all those tails. 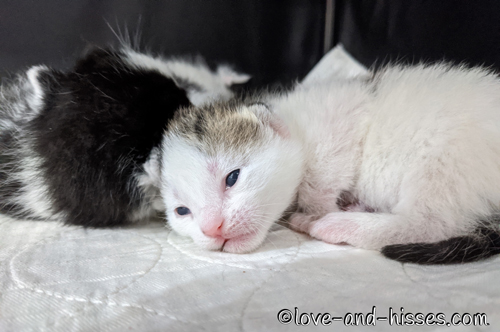 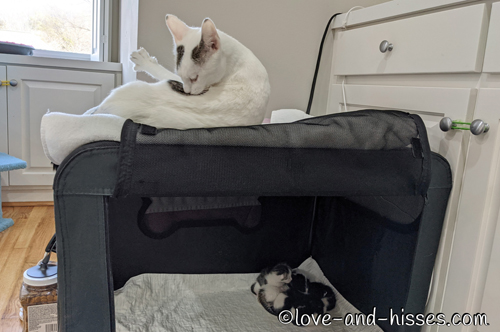 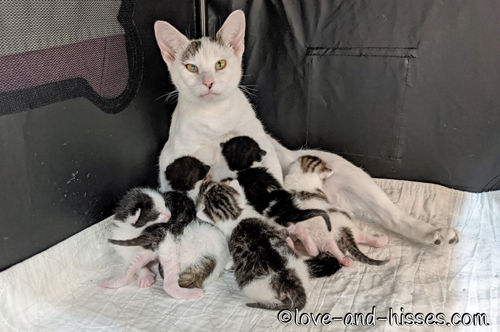 Back to the job. 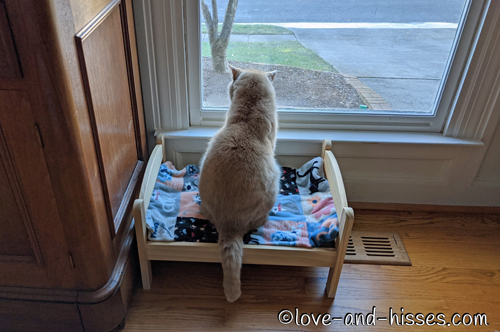 Newt’s keeping an eye on the birds while keeping his behind warm (there’s a heated pad on that bed.)