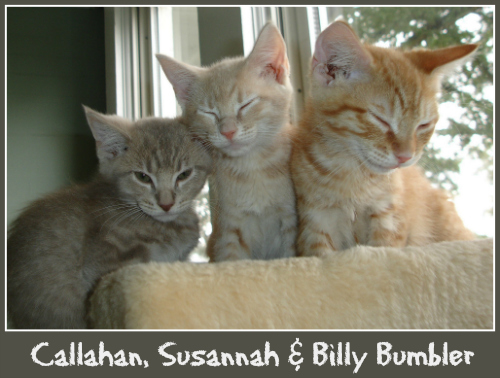 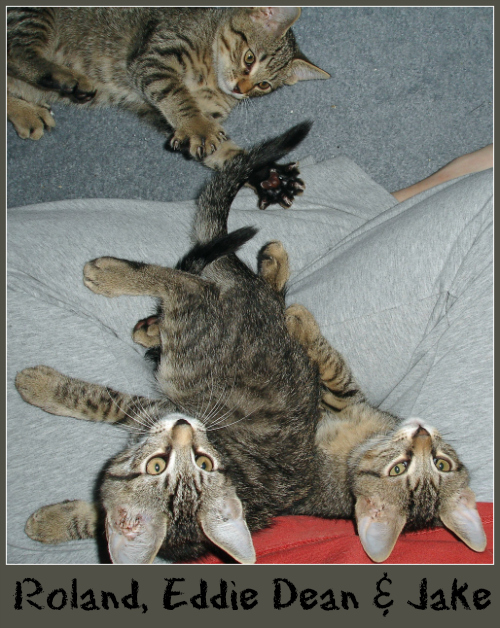 The Ka-Tet – 5 boys and 1 girl – came to us on September 9, 2007 at around 2 months of age. The three brown tabbies came from one litter and the three orange tabbies from another, but they were put together, and quickly got along like they’d always been siblings. They were only meant to be with us for a little while, but due to health issues that cropped up after they went off to Petsmart, they kept bouncing back to us. Altogether, they were with us for almost a month (except for Callahan, who was adopted quickly). They were named for characters from Stephen King’s Dark Towers books (we’d used Oy in a previous litter).

They were a sweet, snuggly, extremely playful litter of kittens. Eddie Dean, particularly, was such a wild and crazy guy that Fred took to calling him “Crazy Eddie” and in fact he continued to call all our brown tabbies “Crazy Eddie” for the next few years. All kittens were adopted; Eddie Dean was returned in 2012, but has since been adopted back out.

You can read about the Ka-Tet beginning here (there are links at the top and bottom of each entry; click on the one on the right to take you to the next one). You can see all the pictures taken of the Ka-Tet during their stay with us here at Flickr, or scroll through them below. 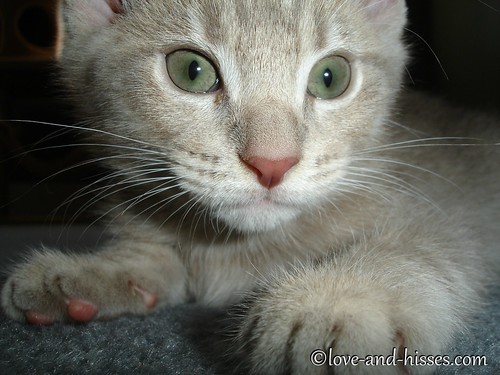