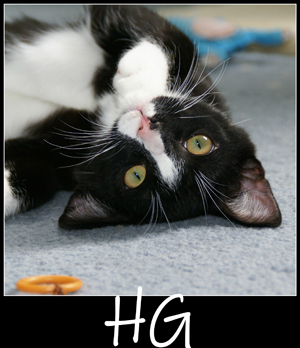 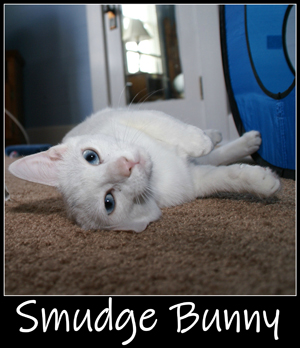 Black and white tuxie HG (named for the white hourglass shape on his belly) and his sister Smudge Bunny (white except for a tiny bit of gray on top of her head and some orange on her tail) came to us in March of 2008, when they were about 6 months old. An elderly woman had been caring for them as best she could, but finally asked for help. They were very very skittish when they first came to us but once we separated them they decided we weren’t so bad.

Smudge Bunny turned out to be super friendly, and about a week after we got them, she headed off to Petsmart on April 2. She was adopted three days later.

HG stayed with us for a few weeks longer before finally going to Petsmart on April 25th. He stayed there for several weeks before he was finally adopted in early June 2008.

You can read about HG and Smudge Bunny beginning here. There are links at the top and bottom of each entry; click on the one on the right to take you to the next entry.

You can see all the pictures taken of HG and Smudge Bunny here at Flickr, or scroll through them below. 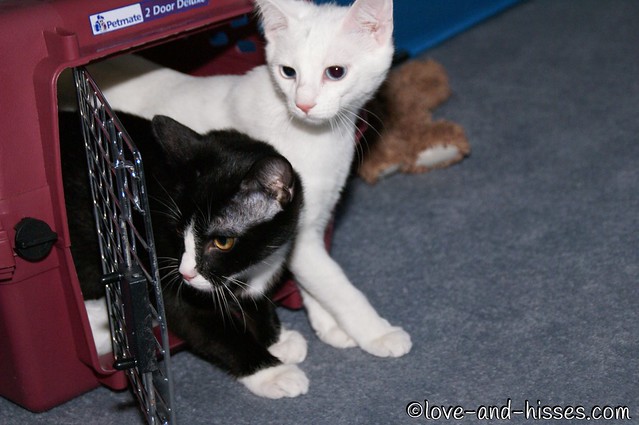