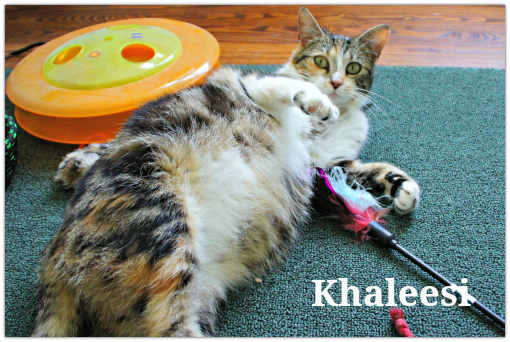 On April 13, 2013, Khaleesi came to us; she’d shown up at a family’s house, and the vet told them that she was pregnant. They fell in love with her and wanted to keep her, but the other family pets weren’t having it so she came to us.

“Khaleesi” is the title of a character from Game of Thrones. Her kittens will be named after dragons; Khaleesi is the Mother of Dragons. Khaleesi is guesstimated to be about a year and a half old. She’s a super friendly girl, and we can’t wait to see what her babies look like.

In the evening of May 1, 2013, the dragons arrived! Khaleesi gave birth to four kittens of her own. She also adopted a small kitten who’d been born earlier in the day, and whose mother and siblings were lost in an accident. There’s a brown tabby girl, white and orange girl, gray tuxie boy, black tuxie boy (the orphan), and a buff boy. 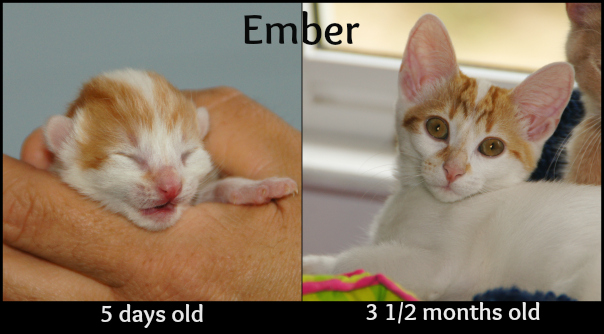 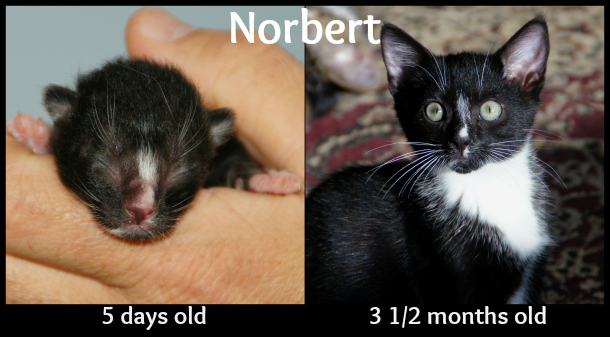 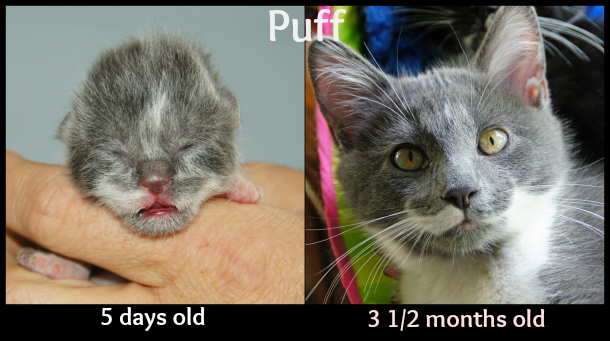 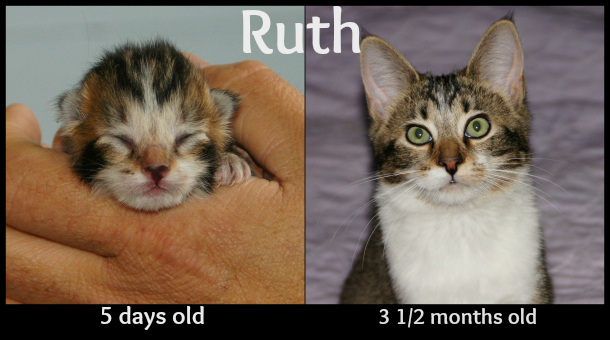 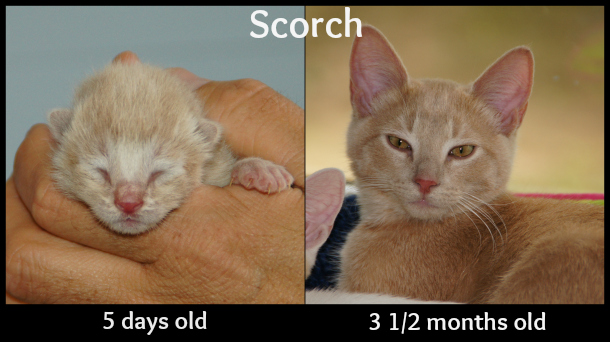 You can see all the pictures of Khaleesi over at Flickr.

You can read about Khaleesi beginning here (there are links at the top or bottom of each entry; click on the one on the right to take you to the next one) and her kittens beginning here.

Update: Puff was adopted on August 10th – he went home with Selena, who adopted Kohle (now Flynn) in December. Puff’s new name is Hook, and he and Kohle are the very best of friends.
Scorch was adopted on August 24th (his parents were planning to change his name to Scotch.)
Ember and Ruth were adopted (together!) on September 5th.
On September 20th, Norbert was adopted. He went to Chicago to live with Kirsten!
Khaleesi was also adopted on September 5th, 2013. Unfortunately, she was returned to Challenger’s House in February 2014, and currently is waiting at Petsmart for her family to come and find her.
Khaleesi was finally adopted (for good!) in March 2014!